The air of Florida will be heavy with flamboyant colors and soulful melodies for Indians in March 2018. No exaggeration! We at Indian Eagle, a leading US-India travel booking partner of Indian Americans, have listed and detailed some of the best Florida Indian events in March 2018 for Desis in Orlando, Miami and Tampa Bay. Check where to celebrate Holi 2018 in Florida, and where to spend musical evenings in Florida. 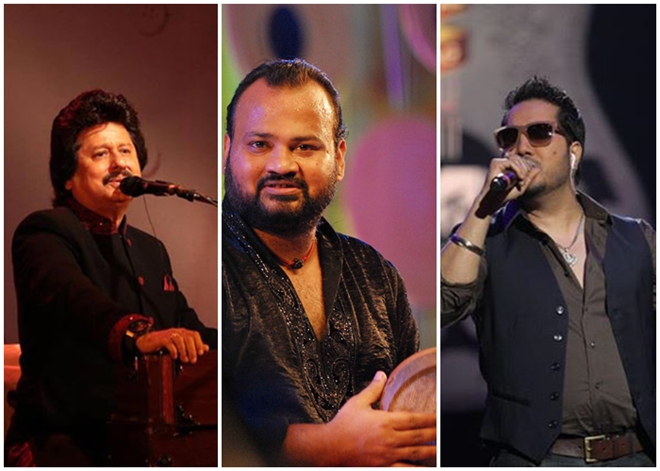 Indians in Florida will experience an enticing cultural show on March 3 at Dancing for God – 20th Anniversary Dance Performances by the Association of Performing Arts of India in Fort Lauderdale. Among the spectacular Indian events in Florida in March 2018, the event will throw some light on the Jogini ritual dance forms from India. With five astounding dance performances by 7 noted Indian danseuses – Madhura Sane, Sonali Mishra, Dr. Radha, Dr. Reneeta Basu, Malini Basu, Riya Modi and Keya Chokshi, it will definitely be fabulous entertainment for Indians in Fort Lauderdale, Florida.

Orlando Indians will soak in the festive fervor of Holi all day long at the Orlando Holi Festival on March 4. Of the most-awaited Orlando Indian events in March 2018, it will be a grand celebration of the festival of colors with a whole lot of entertaining programs. The exciting lineup of the local musicians, dancers and other performers is sure to make it one of the top Florida Indian events in March 2018. The peppy tracks by DJ in the background will create the perfect ambience for the celebration.

Also Check How to Travel Cheaper from Orlando to India

Our list of events for Florida Indians in March 2018 includes Indiafest – Divine South India on March 10 and11. The two-day cultural extravaganza in Melbourne will be an amalgamation of artistic performances, appetizing south Indian food, traditional fashion shows, soulful music, demo yoga classes, etc. One of the best cultural events for Orlando Indians in March 2018, it will perfectly showcase the cultural aspects of Florida Indian community.

Famed Indian ghazal maestro Pankaj Udhas is all set to strike the cords of the hearts of Indians in and around Orlando at his concert on March 17 in Longwood. Touted to be one of the most-awaited Orlando Indian events in March 2018, the concert will be a celebration of Pankaj Udhas’ evergreen songs. The live performance of tuneful ghazals by Pankaj Udhas will definitely connect Orlando Indians with the rich music heritage of India.

Click Here for timing and ticketing details of the event.

Also Check How to Book Cheap Flights to India from Tampa

The Indian festival of Holi seems to be the main attraction among the Indian events in Florida in March 2018. While Indians in Orlando will celebrate the festival of colors on March 4, Tampa Bay Indians will celebrate it on March 10 at Holi 2018. Among the exciting Tampa Bay Indian events in March 2018, it will be held at the park across from Lowry Park Zoo in Tampa. Shake your legs whilst getting soaked in vibrant colors by your friends and family at the event.

Eminent Indian tambourinist Selva Ganesh will cast a spell on the Desis in Tampa Bay with kanjira at his live concert on March 25. One of the must-visit Indian events in Florida in March 2018, it will be a rejuvenating tuneful journey for Tampa Bay Indians. Famed sitar percussionist Rajib Karmakar, tabla maestro Shankh Lahir and Indian classical music band Wahh World Fusion band will join Selva Ganesh in entertaining audiences at the concert among the musical Indian events in Tampa in March 2018.