When Goddess Durga will be worshiped this Navaratri, Flight Lieutenant Shivangi Singh will be flying the new Rafale combat aircraft that Indian Air Force inducted into its formidable fleet of fighter jets in September 2020. She is all set to become the first Indian woman fighter pilot to take charge of the Rafale fighter jet.

Hailing from Varanasi, Flight Lieutenant Shivangi Singh is from the second batch of female fighter pilots who were inducted into the Indian Air Force in 2017. She is second to none when it comes to operating fighter aircraft from the oldest to the newest, and from the basic to the advanced. She had been flying the MiG-21 Bison aircraft before her selection for piloting the Rafale fighter jet. 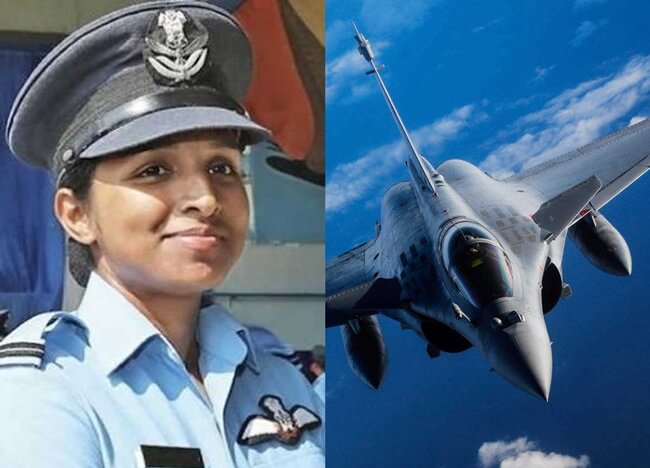 On September 10, India sent a message across the world about its military strength by introducing five Rafale fighter jets from France to its air force. The induction of the jets is a part of Indian Air Force’s Haryana-based No. 17 Squadron named ‘Golden Arrows.’ The Rafale is an omni-role aircraft. Reportedly, the new fighter jets are likely to be deployed to embolden the military stronghold in Ladakh where the Indo-China border confrontation has shot up in recent times.

A rigorous selection process was the key to handpicking her for the demanding job of flying the Rafale jet – which is being hailed as a game changer for India in its border politics with the neighboring countries. When she was deployed at an army base in Rajasthan, she had the rare experience of working with Wing Commander Abhinandan Varthaman, who the world got to know after India conducted the Balakot air strikes in 2019.

A graduate of the Banaras Hindu University, Flight Lieutenant Shivangi Singh has the entire nation feeling proud of her. Though Shivangi Singh is the first Indian woman fighter pilot to hit the skies on a Rafale jet, Avani Chaturvedi, Bhawana Kanth and Mohana Singh were the first Indian women flying officers who broke the glass ceiling in the army.