34 naturalized US citizens, including two India-born Americans, will be recognized as ‘Great Immigrants of 2022’ and receive the ‘Pride of America’ award this July 4, the US Independence Day. Since 2006, the Carnegie Corporation of New York has been celebrating naturalized Americans from different walks of life, who have enriched the nation through their contributions, as great immigrants. Punit Renjen and Padma Lakshmi are the Indian Americans who will be honored with the ‘Pride of America’ award once the flag is unfurled at the US Capitol on July 4.

Punit Renjen, the CEO of Deloitte Global, is fully deserving of this honor for having started a number of initiatives aimed at improving education equity for the world’s underprivileged and achieving net-zero carbon emission by 2030. Named Global Indian of the Year by the Economic Times in 2022; Punit Renjen believes, “Corporate excellence is not just taking care of business, it is taking care of all your stakeholders – customers, people, and the communities that you live and work in.” 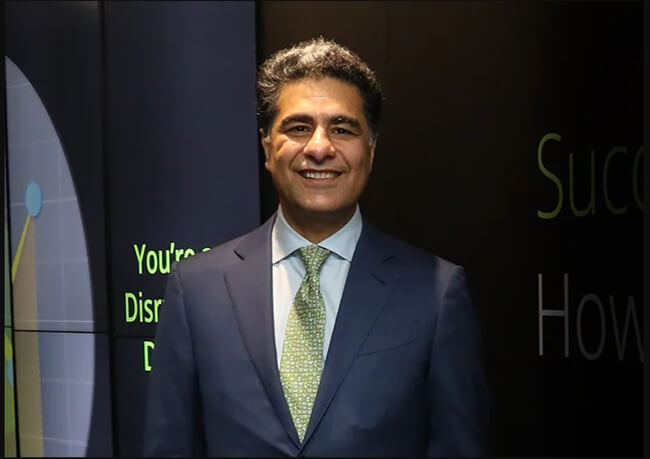 He is celebrated as a determined champion of women’s and girls’ access to education, especially in India where there are more than 3 million eligible, yet out-of-school girls, according to his article titled “Investing in India’s Women can Unlock the Country’s Economic Potential”. He wrote,

“India has the world’s fastest-growing major economy and a well-educated workforce that’s expected to soon pass China’s in size. Still, I can’t shake the notion that in the race for global economic leadership, India is running with just one shoe. I say that because nearly half of the country’s working-age population is being left behind.”

Corresponding to his vision of women empowerment, Deloitte committed to impacting the lives of 10 million women and girls across India by collaborating with several organizations including Udayan Care that works to help girls and young women develop the skills needed to fill the gap between their abilities and employability. This is part of Deloitte’s WorldClass initiative to help 50 million people from underserved communities prepare for a world of opportunity. Driven by his CSR leadership, hundreds of Deloitte employees all over the globe volunteer their time, knowledge and expertise to help build millions of futures.

Punit Renjen’s vision and mission for Deloitte as its global CEO rests on the foundation of his parents’ teachings to him. That “work must have a sense of purpose beyond mere financial gain; that to be meaningful, work should make a positive and lasting difference in the lives of others” was instilled in him by his parents while he was growing up as a young boy in India. That’s why he has been with Deloitte since his youth and has been greying his hairs there – which, he says, is “the road less travelled by today’s young professionals, specifically millennials.”

He has been asked many a time what he would have been if he had not started as an associate consultant at Deloitte in the late 1980s. He says uninhibitedly he would have been a professional cricket player, a university professor, director of an NGO, or he would have joined the family business in Rohtak, a small town in the Indian state of Haryana. The partition of India in 1947 forced his father to give up his plans for engineering studies. The senior Renjen set up an electrical switchgear factory in Rohtak.

In his heyday, he was able to afford his son’s boarding schooling at the Lawrence School in Shimla, one of the elite institutions of the time. When Punit was 14, the family business was in the doldrums and his father found the boarding school too expensive to be affordable. “I came home from boarding school to help out. I ended up working there for the next few years. My father couldn’t afford to send me to a prestigious college, so I went to the college in my local town. Had I not earned a Rotary International scholarship to attend university in the US, I might have stayed and taken over the family business,” Deloitte’s CEO Punit Renjen recalled in one of the interviews.

“In 1984, he travelled to the US from India with the scholarship, two pairs of tight jeans, a couple of hundred extra dollars, and a degree in economics. Punit Renjen’s journey from his first-ever international flight to business class travel, from an F1 visa to the most coveted US citizenship in 1986, and from an associate consultant to the CEO is an epic story of ‘American Dream’. Under his visionary leadership, Deloitte’s revenue exceeded US$50 billion in FY 2021. How he ended up with Deloitte is an interesting story….,” said Sourav Agarwal, the Editor of Travel Beats, an overseas Indian community portal by IndianEagle.com.