October is a festive month full of events for Indians in and around Dallas, Texas. The best of Indian events in Dallas in October 2017 includes Diwali mela, annual Diwali ball, ‘Hare Krishna’ film screening, Zakir Hussain concert, Atul Purohit Garba and likes. We at Indian Eagle, a trusted travel booking partner of Indians in USA, have detailed some of the best events for Dallas Indians in October 2017 below: 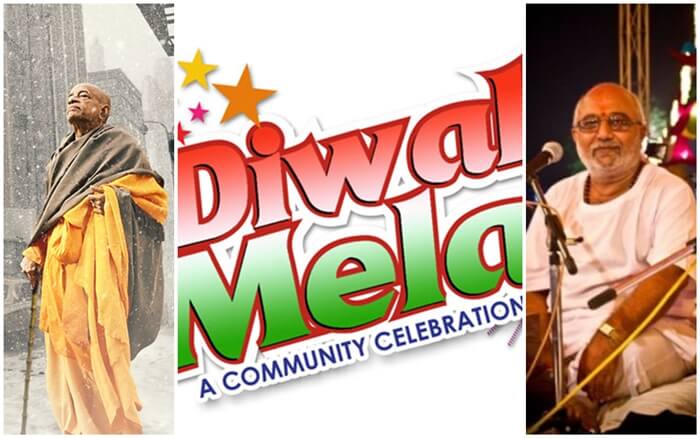 The biggest of all Indian events in Dallas in October 2017, Diwali Mela has multiple attractions for Dallas Indians. Best known as Dallas Festival of Lights, Diwali Mela 2017 is a spectacular, cultural celebration. Not only the venue of Dallas Diwali Mela will gleam with earthen lamps but also the sky over the venue will glitter with firework and flying lanterns. Besides music, dance and fashion shows, Dallas Indian Americans can take part in rangoli competition. Don’t forget to mark October 7 on your calendar of Indian events in Dallas, Texas.

Crosscurrents is an unique musical event that brings together world-known Tabla Guru Zakir Hussain and the most popular Jazz expert Dave Holland for a mind-blowing performance in Dallas, TX. Could you ever think of missing this concert in the wildest of your dream? Touted to be the best Dallas Indian events in October 2017, Crosscurrents will be held at Strauss Square on October 25 at Dallas, Texas.

There is no entertainment in the festive season without Shri Atul Purohit’s garba program. A must in the months of September and October, Shri Atul Purohit Garba is one of the exciting Indian events in Dallas in October 2017. Born in a Gujarat village called Dholar, Atul Purohit is a household name in the Gujarati Indian community. This garba event will be held in Irving on October 8.

Dallas is all set for the screening of Hare Krishna, a film on the life of Swami Srila Prabhupada, one of the “most unexpected, controversial, revolutionaries in history.”  The screening of “Hare Krishna” film in Dallas is, no doubt, one of the few motivational events for Dallas Indians in October 2017. To be held at Angelika Film Center on October 9, it is a one-night program.