Community service or service to humanity is not bound to riches or funds. A little empathy for the needy or penchant for humane use of technological innovation does great good to common people. That’s what all 190 winners of the Congressional App Challenge in the United States have proved. Five Indian Americans out of the Congressional App Challenge winners in California have made it to our list of change-making Young Indians for developing innovative apps to make day-to-day life easier and better for common people. We at Indian Eagle take pride in the achievements of these young change makers from the Indian American community. 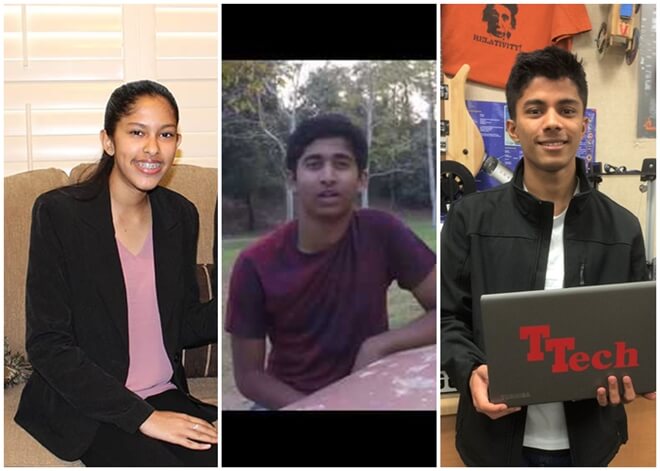 One of the Congressional App Challenge winners in California, Indian American Divya Katyal has built an app to help the homeless population of America. 13-year-old Divya Katyal’s Homeless Network app seeks to bridge the distance between the homeless and the ones providing shelter under their roofs. A resident of California’s 10th Congressional district, Divya intends to help people locate and identify the homeless in their own and adjacent neighborhoods with her Homeless Network app so that those having sleepless nights under the open sky could be helped with temporary shelter or residence.

Though Divya Katyal collaborated with Haiying Zeng, one of her schoolmates, to develop the app, she derived the idea from her own family that distributes homeless care packages in their neighborhood once or twice a year. She hit upon the idea of developing Homeless Network app to locate the homeless easily and serve them better. Notably, California is home to the increasing homeless population which numbers 134,278, according to a 2017 report by the US Interagency Council on Homelessness.

Among the Congressional App Challenge winners in California, Indian American Rohin Manvi has developed an app for developing countries like India grappling with water scarcity. A student of Crescenta Valley High School in California’s 28th Congressional district, Rohin intends to help the poor in rural India where water supply is very irregular. Since there is no fixed schedule of water delivery in rural backwaters of India, many people who are mostly farmers and daily wagers are often unaware of water delivery schedules. California-based Rohin Manvi’s Water Notifier app is aimed at notifying them whenever water supply is available.

Three Indian American teenagers from California’s 17th Congressional district represented by Ro Khanna won the Congressional App Challenge for their app named Recollect. Kiran Kunigiri, Mihir Waknis and Sahil Raikar from Cupertino High School came together to help Alzheimer’s patients preserve their prized memories on smartphones through their Recollect app. Saddened by the effects of Alzheimer’s disease in the family of one of them, the three developed the app to help improve the symptoms of dementia in Alzheimer’s patients.

The death of over 14000 people in the USA due to skin cancer from exposure to UV radiation motivated Indian American Shawn Patel to develop UV Safe-Sunscreen Reminder app. One of the Congressional App Challenge winners, Shawn Patel reads at Oxford Academy in Cypress in California’s 47th Congressional district. One of the Boy Scouts in America, he built the app to remind the user of sunscreen every 90 minutes in order to stay safe in the sun. Based on atmospheric conditions of the user’s location, Shawn Patel’s UV Safe-Sunscreen Reminder app lets the user know when and how many times to apply sunscreen to evade harmful UV radiations.

All Congressional App Challenge winners including these 5 young Indian Americans from California will attend a reception on Capitol Hill in April 2018 and demonstrate the uniqueness as well as usefulness of their apps to the US Congress members and the community, House of Code. Their innovations will be put on a display in the US Capitol Building for one year and feature on the US House of Representatives website. Furthermore, each winner will receive $250 from the sponsors including Amazon Web Service, CA Technologies, Verizon Foundation, Cognizant and Microsoft.