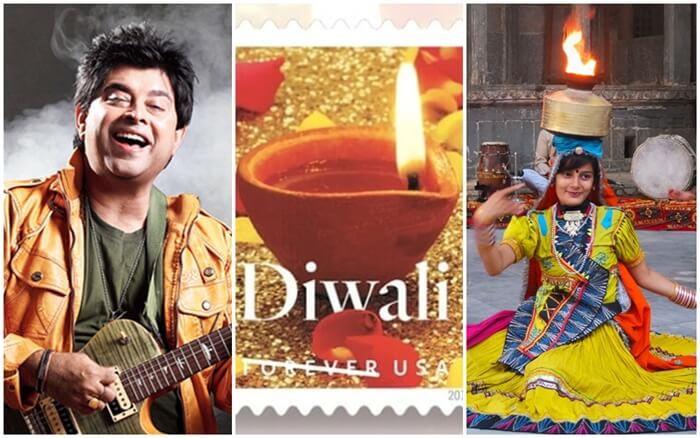 Indians in Boston are all set to celebrate Diwali Mela in October 29 at Best Western Royal Plaza Hotel & Trade Center in Marlborough, MA. Since Diwali is one of the important Indian festivals celebrated by Indians across the globe, the Boston Indian community can have a great time at the Grand Diwali Mela 2017. It is one of the best Indian events in Boston in October 2017 as it will be a great opportunity to enjoy whatever is Desi from food to culture to entertainment.

Hosted by Gee Vision and Zee TV, Indian American Icon (IAI) brings in the State Indian Icons of 12 US states to perform in front of the 3iii Gee panel of On-Site judges for Indian American Icon Title. The major attraction of this event is the pop king of Bollywood, Bappi Lahiri on the panel of judges. Boston’s young Indians are abuzz about the semi final making it one of the most awaited Indian Events in Boston in October 2017. Indian American Icon will be held at Thoreau Elementary School on October 29 in Concord, MA.

Indians in Boston are about to have a tryst with classical Indian music as renowned Bengali Classical guru Tarun Bhattacharya and Sitar specialist Indrajit Banerjee are coming together for a concert on October 08 at Wong Auditorium in Cambridge, MA. This musical extravaganza is among the best October 2017 events for Boston Indians as it is a rare opportunity to catch up with the revered classical artiste duo. The MIT Heritage Arts of South Asia (MITHAS) is the organizer of this event.

The Land of Desert

The Land of Desert is a blend of dance and entertainment for Indians in Massachusetts. Rekha Khatri and Aushi Shekawat will perform Rajasthani folk dance forms while Hasya Kavi Sanjay Jhala and mimicry artiste Ashok Sharma will add oodles of entertainment to the event. Hosted by Support-A-Child, the Land of Desert among the upcoming Indian events in Boston in October 2017 will cast a spell on the audience. It will be held at Joseph P Keefe Technical High School on October 06 at Framingham, MA.

Indians in Boston are in for a melodious evening with renowned music composer and singer Jeet Ganguly from Kolkata, who is currently a Bollywood sensation for his music in Aashiqui 2, Singam Returns and many more. Hosted by NEBAF and ATN Events, the Jeet Ganguli Live in Concert is worth your time among the Indian Events in Boston in October 2017. It will be held at Lynn Memorial Auditorium on October 14 at Lynn, MA.

Honour: Confessions of a Mumbai Courtesan

Honour is a well-acclaimed solo show by award-winning actress Dipti Mehta, which will walk Boston Indians through the hard life of a small girl in a brothel and how she got out of it. Apne Aap, an organization dedicated to end slave trade in India, is presenting this show. Do mark October 7 on your calendar of Boston Indian events 2017.