Education has always been at the core strength of Indians and the reason is very deep rooted. Empasis on Education can be traced back to the first millen 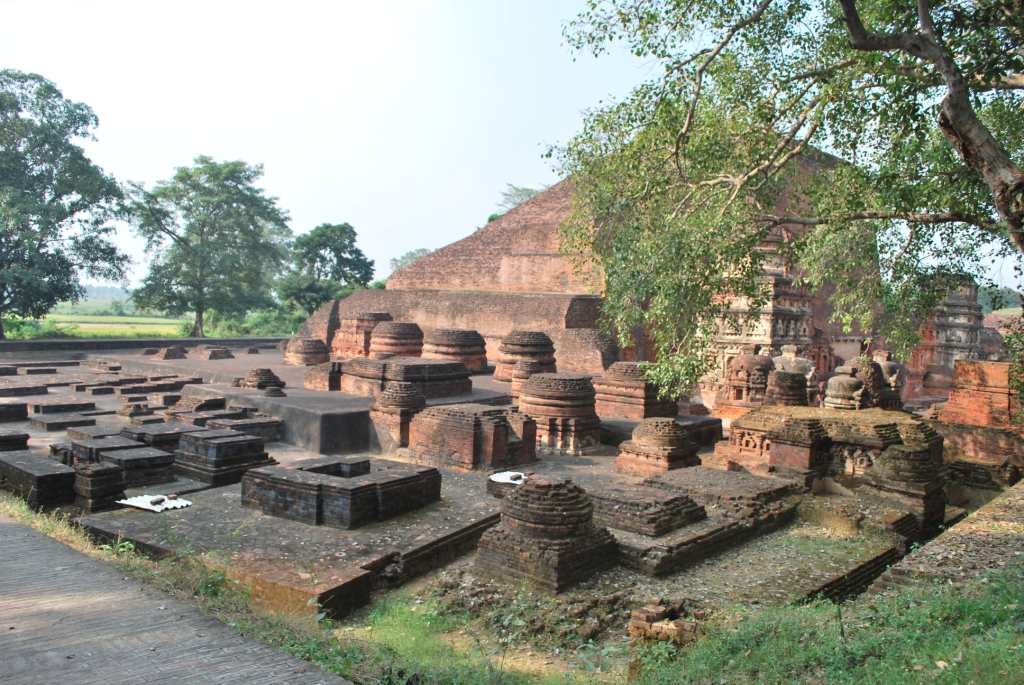 nium and the few centuries preceding it. Seeking Knowledge and passing it down the generations is a common attribute of Indians. History traces how education was imparted at Nalanda University, Takshashila University, Ujjain, & Vikramshila University in ancient India.

Excavations by the Archaeological Survey of India (ASI) reveal that monasteries flourished during the Gupta period. The Nalanda University was the largest University offering education in all fields of learning. This Buddhist center of learning, founded in Bihar, is referred to as “one of the first great universities in recorded history.”

Indian Eagle recommends a visit to Nalanda University, for scholars, educationalists and anyone who enjoys tracing the techniques of imparting Education from the treasured manuscripts of ancient India.

Excavations at Nalanda University reveal degree and post-graduate courses were offered with an exhaustive library. The complex built in red bricks across 14 hectares attracted scholars and students from Tibet, China, Greece, and Persia.

Renowned 7th century Chinese traveller Hiuen-Tsang chronicled a detailed description of the structures. Teaching Curriculum, Infrastructure of the education system, purity of monastic life practiced, ambiance and architecture are all illustrated and preserved as Manuscripts. Hiuen-Tsang’s writings proved that Nalanda was the first of its kind residential international university with 2,000 teachers and 10,000 monk students.

A memorial hall is built honoring Tsang’s contribution to Nalanda. The Nalanda Archaeological Museum is a small but beautiful collection of Buddhist and Hindu bronzes with undamaged statues of Lord Buddha.

Two enormous terra-cotta jars belonging to the first century stand intact, along with a collection of copper plates and stone inscriptions, coins, pottery and samples of burnt rice (12th century AD) found among the ruins.

The Vihara-1 built around a central courtyard appears to be a dais for professors to address their students.The structures in red brick with beautiful gardens have monasteries or “Viharas” and temple or “Chaiyas”

Indian Eagle’s Lowest Airfares to Bihar is reason enough to explore the ruins of Nalanda, statues of Buddha in various Mudras, and the infrastructure which made Nalanda University the best Learning center in the past centuries.