The city of Mumbai has been waiting eagerly for back-to-back festivals from Navratri that begins on 4th of this month to Diwali on 3rd November. The capital of Maharashtra celebrated World Tourism Day with a bash this 29th September even before the spell of Ganesh Puja festival was over. With 15th Mumbai Film Festival in between 4th October and 3rd November this year, Mumbai will be in full swing of festivity.

The nationwide Dussehra celebration on 14th October will be followed by the 15th edition of Mumbai Film Festival from 17th to 24th October. The Mumbai Academy of Moving Image in collaboration with the Ministry of Cultural Affairs and the Government of Maharashtra is at the helm of the festival. It is a celebration of world cinema and entertainment, in India. 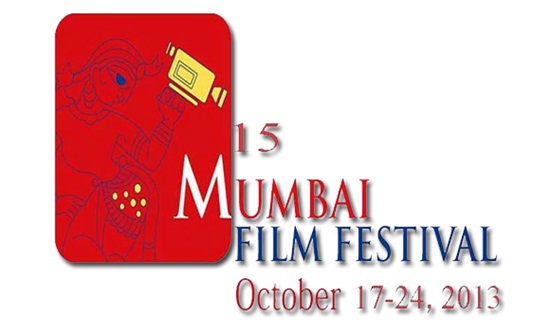 With an impressive lineup of over 200 films from 65 countries across the globe, the MFF 2013 is about to mirror the diversity of world cinema. The 200 films on the shortlist include short films, documentaries and full-length feature films which will be screened in different categories such as “International Competition”, “Above the Cut”, “World Cinema”, “Film Indian Worldwide”, “The Real Reel”, “Celebrate Age”, “Dimensions Mumbai”, and “New Faces in India Cinema”.

Yash Chopra, a noted Bollywood filmmaker who is popularly known as King of Romance; Rituparno Ghosh, a versatile Bengali filmmaker who is credited with 12 National Film Awards, and Pran, a legendary Bollywood actor will be paid homage in commemoration of their remarkable achievements, and contributions to the growth of Indian Cinema.

The celebration of Spanish Cinema in association with the Embassy of Spain in India is an exclusive highlight of the 15th MMF 2013. El Verdugo, Seven Days in January, and Carmen are a few to name among the shortlisted Spanish Classics which will be screened all over the city. Cambodian films are in the limelight of Mumbai Film Festival this year, too. The inaugural ceremony of the festival will see the presence of such leading luminaries as Leos Carax, Nathalie Baye, Masato Harada, Siddiq Barmark, and Bruce Beresford.

Konkona Sen Sharma and Deepa Mehta are the new faces in the jury for “International Competition” section of Mumbai Film Festival, this year. Konkona is a National Film Award winning versatile actress, critically acclaimed for her performance in such movies as Amu, Mr. & Mrs. Iyer, Page 3, Omkara, and Wake Up Sid. Deepa Mehta is renowned for her path-breaking directorial creations such as Water, Fire, and Midnight’s Children.

Hansal Mehta whose latest film, Shahid, has earned kudos at international festivals, is the most noted face in the jury for the “Celebrated Age” section. Actor Divya Dutta, director Tanuja Chandra, and journalist Siddharth Bhatia are the other leading figures to bench the jury. Bollywood director Shoojit Sircar whose films including Yahaan, Vicky Donor and Madras Café have made an epoch-making statement will be heading the jury for the “Dimension Mumbai” section, along with others like actor Tisca Chopra and actor Rajkumar Yadav.

Fly to Mumbai with the cheapest flight tickets from IndianEagle.com before the screen of 15th Mumbai Film Festival is lifted.