Home India Destinations The streets of George Town in Chennai: A melting pot of shopping,...

Visit the natural attractions of a place to witness the blessings of nature upon the land and visit the area’s busy streets and markets to feel its pulse! The bazaars (markets) speak volumes about the history, culture, tradition, and lifestyle of the inhabitants. It is where the life of a city throbs!

Shopping at George Town in Chennai:

If you are vacationing in Chennai, shopping in George Town is a must thing to do! George Town in Chennai is one of the oldest and bustling commercial streets in the city. Located in the neighborhood of historic Fort Saint George, this area, earlier known as Muthialpet, is the first British settlement in Madras (Chennai). The neighborhood is renamed ‘George Town’ to pay homage to King George V. It is also known as Parry’s Corner as it houses the landmark Parry building.

Today’s picture of George Town in Chennai is vivid with the colorful lanes occupied by multiple shops that sell motley items, food outlets offering delicious street food, historic buildings, and temples around the corners. Find your way through the maze of streets and fill your shopping bags because the extraordinary merchandise and affordable rates persuade all the Shopaholics to shop more!

A street named Sowcarpet in George Town is literally a North Indian settlement in Chennai. The name Sowcarpet translates into English as the ‘Area of the rich’, and it is derived from the Hindi word ‘sahukar’ meaning money lender. The owners of the stores are North Indians, especially from Rajasthan and Gujarat.

Sowcarpet is the best place to shop for fabrics. The narrow and crowded by-lanes have an aesthetic appeal to them, thanks to the extraordinary collection of traditional outfits, lehengas, dupattas, saris, dress materials, and jewelry. The eateries in this street of George Town in Chennai are also popular for serving Indian chaat like pani puri, samosa, lassi, pav bhaji, dhokla, etc.

Perumal Mudali Street is the most colorful street in George Town, Chennai. The different kinds of bangles sold in about 400 bangle stores are popular throughout the state of Tamil Nadu. The prismatic effect of light on the bangles and their jingling sounds are as stunning as the collection of the glass bangles. It is one of the crowded streets, yet it looks radiant and multicolored at night! The added-charm of the street during festive seasons is a sight to behold!

If you are looking for electronic goods at cheaper rates, head towards Burma Bazaar. This market in George Town, Chennai is a grey market managed by the Tamil refugees from Burma. Hundreds of shops lining the pavement of the road sell imported goods like cameras, music players, television sets, movie DVDs, software tools, and other accessories. You may also spot imported perfumes and leather bags in certain stores.

Kasi Chetty street is a toy-world for children! If you happen to walk along Kasi Chetty Street of George Town in Chennai with your kids, you will surely be coerced to shop here. With a range of imported merchandise like plastic toys, dolls, musical toys, gift items, perfumes, handbags, electronics, and cameras to choose from, the stores of this lane are ideal for souvenir and gift shopping! This street is also known for its imported fabrics and cosmetics that lure to-be-brides.

Suggested Read: Everything You Need to Know About Chennai International Airport (MAA)

Geographically close but characteristically distant from the chaotic streets of George Town in Chennai, there lies a forgotten old street called Armenian Street. It is named after the Armenians who were one of the primary settlers in Madras city. Take a break from shopping and explore this historic street.

The narrow lane, whose other name is Aranmanaikaran Street, is rife with historical buildings, churches, and temples and hence is considered one of the important historic streets in George Town, Chennai. Visit the oldest Armenian Church, Cathedral of St Mary of the Angels, and Kachchaleswarar temple, an ancient Hindu temple. Learn about the heritage of the buildings and the significance of this street from the locals. 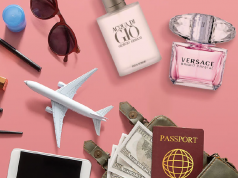 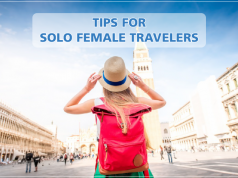 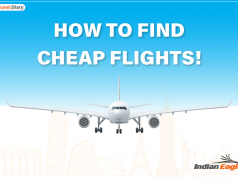 How to Find Cheap Flights: An Ultimate Guide 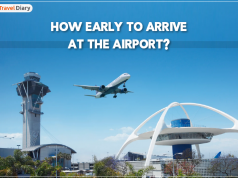 How Early Should You Get to The Airport for Your Flight?