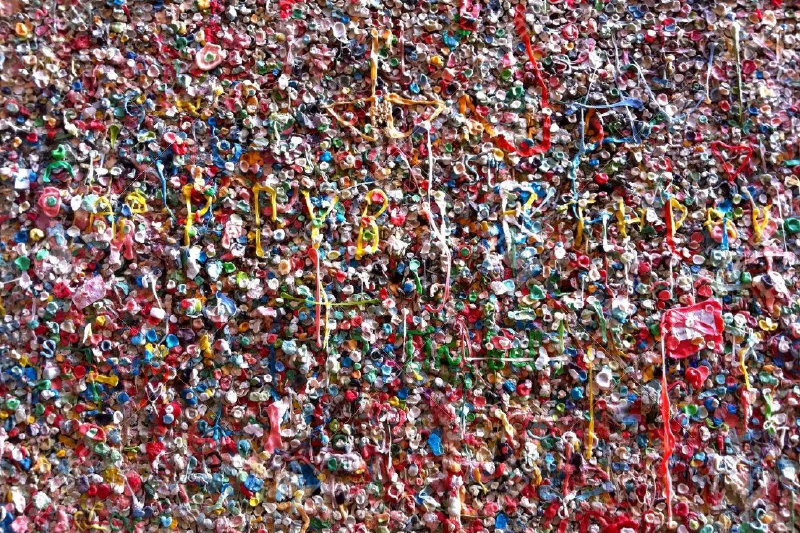 Quirky is not the first thing, which will come to mind when you think of Seattle’s attractions. But that’s the outsider’s perspective mostly. From the vantage point of residents and those who are familiar with the city’s landscape, a different viewpoint may emerge. Enter the famous Seattle Gum Wall. It is as quirky as it is weird. A brick structure that took on a persona of its own and camouflaged its original form. Any effort to restore it to its original form has been futile. Seattle’s Gum Wall hides itself under a façade of chewed gums (by people from around the world).

Yes, the Gum Wall in Seattle is one of the most famous landmarks in the city. And it’s a collective effort of many – locals and tourists alike. 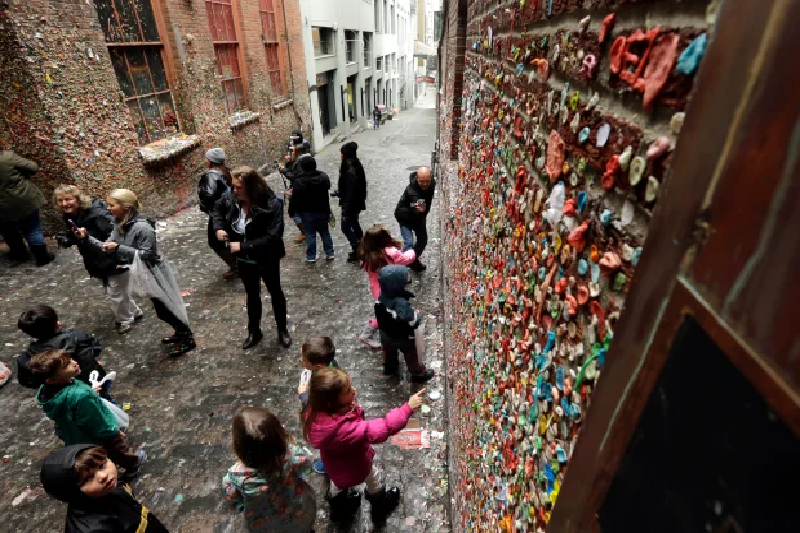 The collage that is the wall of gum in Seattle has as interesting a history as its appeal. The first chewed gums found their way on the wall in the early 1990s. So, how did the Gum Wall start in Seattle?

Well, it all kind of started when in 1993, patrons would wait outside the (former) Market Theatre waiting to get inside. Since then, the wall has been cleaned twice but the gums still find their way to it. The first cleanup was done in 2015. It was more to protect the brick structure rather than for any cleanliness drive. 130 hours later; a small hill of nearly a ton of gum (around 2350 pounds) collected near the wall. It returned to its gum-covered glory within five months. The same thing happened after its second cleanup in 2018.

It is nearly impossible to walk by the Seattle Gum Wall and not feel the urge to stick your own gum on it. Visiting it is one of the best things to see in Seattle at any time of the day. 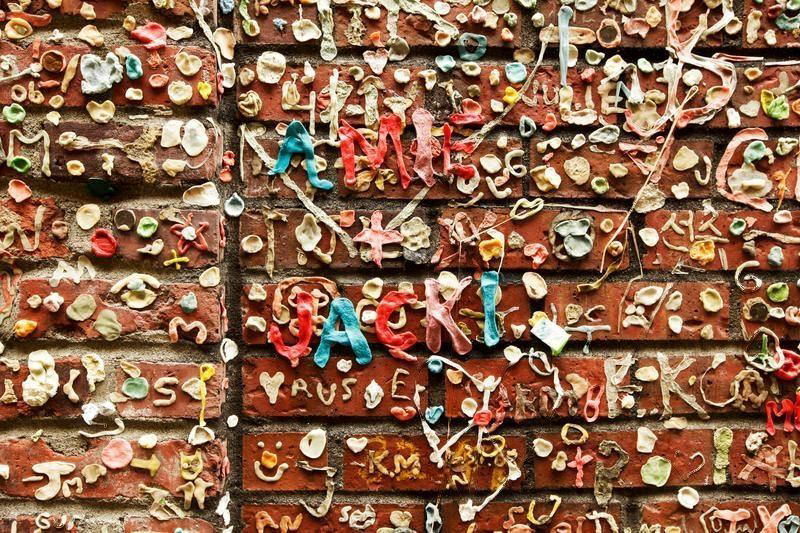 Some Facts about the Seattle Gum Wall 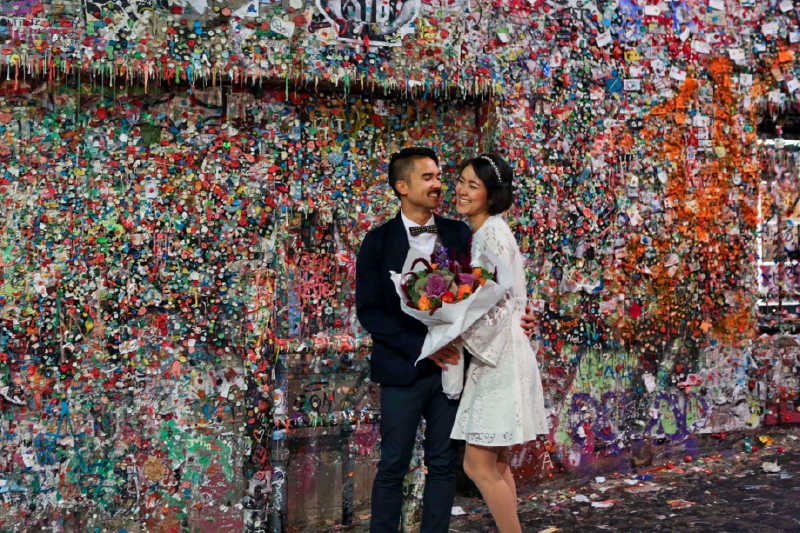 What is the proper name of Seattle’s Gum Wall?

Where is the Gum Wall in Seattle?

The Gum Wall in Seattle is in Post Alley, outside Pike Place Market’s main entrance.

Who started the Gum Wall in Seattle?

As per the history of the Seattle Gum Wall, the ticketholders outside the (former) Market Theatre started sticking gums on the wall while awaiting their turn to get inside for the show.

Is Seattle’s Gum Wall the city’s only weird attraction?

Not really; the Fremont Troll gives the Seattle Gum Wall quite the competition when it comes to the weirdness quotient.

Are there any equivalent to the Seattle’s Gum Wall in the USA?

Surprisingly yes; there is another gum wall in California and it is called the Bubblegum Alley. A smaller gum wall also exists in the city of Greenville, Ohio. 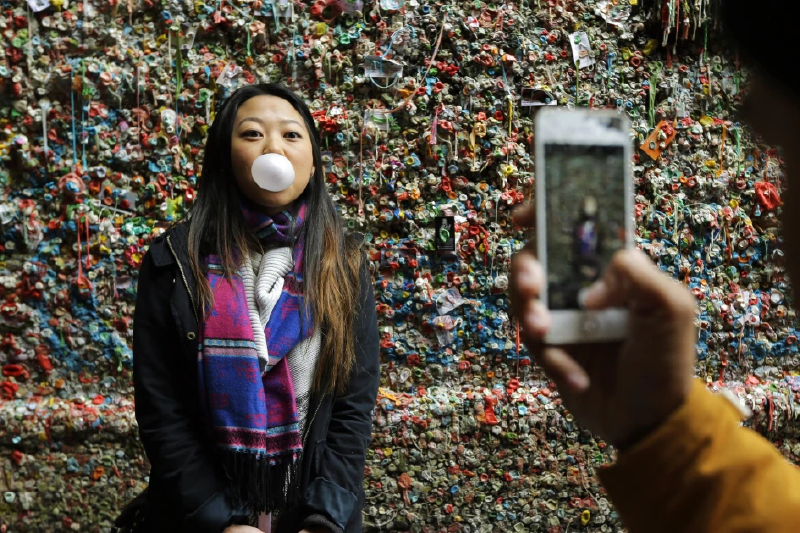 If you are looking for fun fall activities in Seattle then visit the Gum Wall and then enjoy an afternoon or evening at the Pike Place Market and indulge in its many delights (or vice versa).

Did you visit Seattle but missed your chance to see the famous Gum Wall? Or are you hankering to stick your chewed gum to Seattle’s Gum Wall? If yes then call Indian Eagle and book your flights.

Yes, you can easily book cheap flights from Seattle to New Delhi or for other routes by using Indian Eagle flight-booking services.

So, are you ready to make your own gummy contribution to the Seattle Gum Wall? 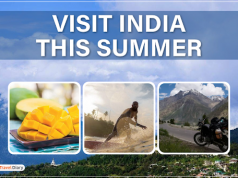