Home India Pune Street Food: 5 Varieties You Should Try on Your Next Trip! 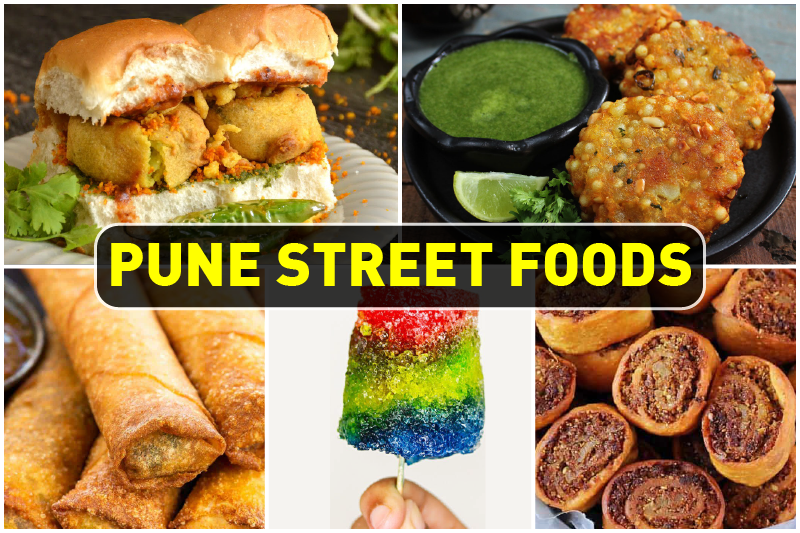 Pune is a city in the Indian state of Maharashtra.

When one hears the name “Pune”, they may be reminded of how it is the next IT hub after Bangalore.

Not many might remember that it was once a very important place in the history of India, particularly Maratha history.

And very less about the fact that this is one of the best places for amazing Indian street food! Food lovers would love to explore Pune street food!

Today, Pune is becoming more and more popular among travelers to India. Here is a list of places to visit in Pune if you’re interested to find out.

Read on to find out more. 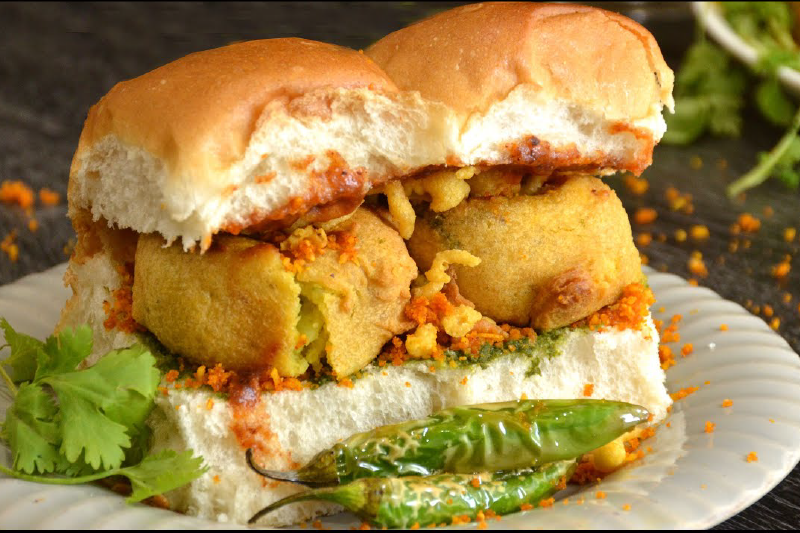 The first Pune street food that should be on top of your list is vada pav!

You can indeed find this food item in almost any city across India, but the one you find in Pune tops it all! It is the best street food in Pune!

Vada pav is made up of deep-fried potato patty tucked snugly between two slices of a bun, with green mint chutney and sweet dates chutney. This is accompanied by a fried chilly. It basically resembles a western burger, this is decidedly desi and perhaps much better tasting, too, and healthier!

You can also try different variations of this dish, such as cheese vada pav and Schezwan vada pav.

Where is the best place to eat vada pav in Pune?

You should try the Jumbo Vada Pav at Garden Vada Pav Centre. It has multiple outlets in Pune; all have the best vada pav in Pune! 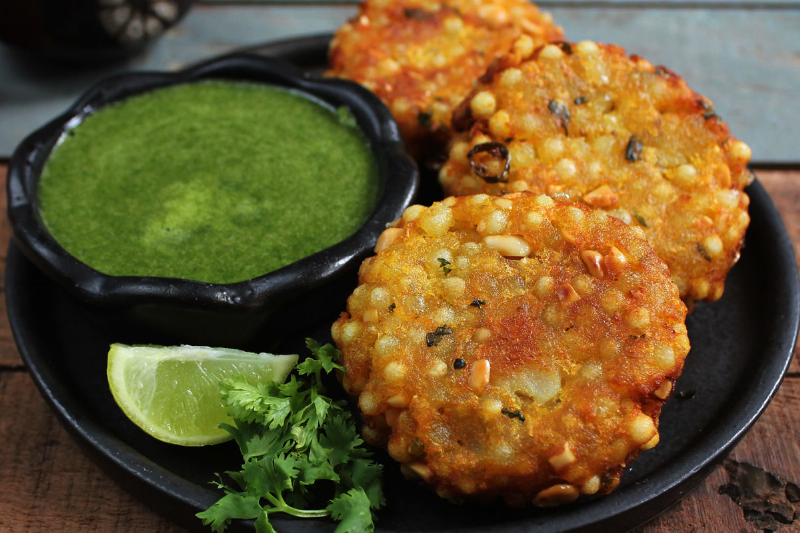 This should be the next top dish you should try in Pune!

The sabudana vada is made of sago. Soft and squishy like thermocol balls, sago are tiny and round – usually described to be pearl-shaped. These sago are mixed with mashed raw potatoes, coriander, groundnuts, and chillies to form a batter, which is then deep-fried in oil. When it is ready and you take a bite, it comes out crispy on the outside and squishy soft on the inside, and really burns your tongue – but that is just the way to eat!

Sabudana vada is usually served with mint chutney, date chutney, or just ketchup. You should consider flying out from Seattle to Pune just to try out one sabudana vada!

Where is the best place to eat sabudana vada in Pune?

You can taste the best sabudana vadas at the street stalls on JM Road! 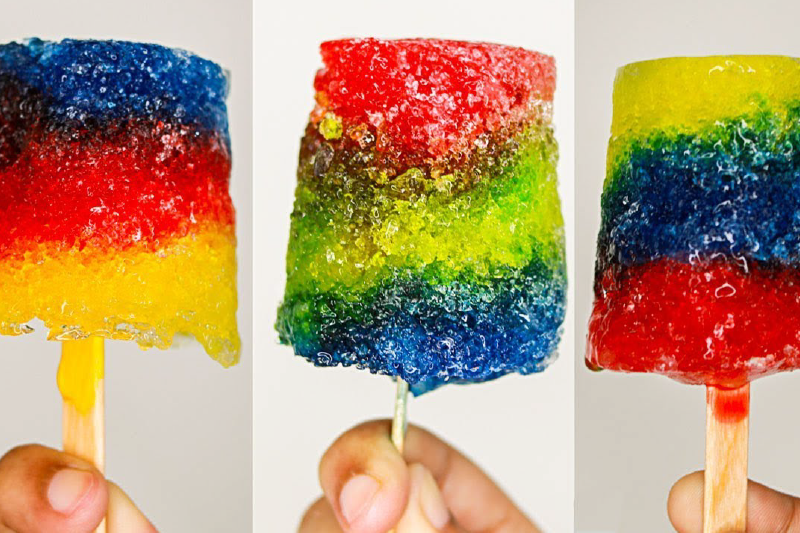 Gola is especially the most sought-after snack during the hot seasons in Pune—the famous street food in Pune. It can get up to 50 degrees Celsius in the region, which is too hot for anybody to live without anything to cool themselves constantly.

In case you travel from SEA to PNQ in the months between March and May, make sure you try a gola, which is essentially a sweet dish. Ice is crushed in a glass and topped with a flavored syrup.

This dish also comes in different variants, such as dry fruits, mawa, malai, and nuts. You can try each one if you’re up to it!

Where is the best place to eat gola in Pune?

The best place to have gola is on the streets of Pune! 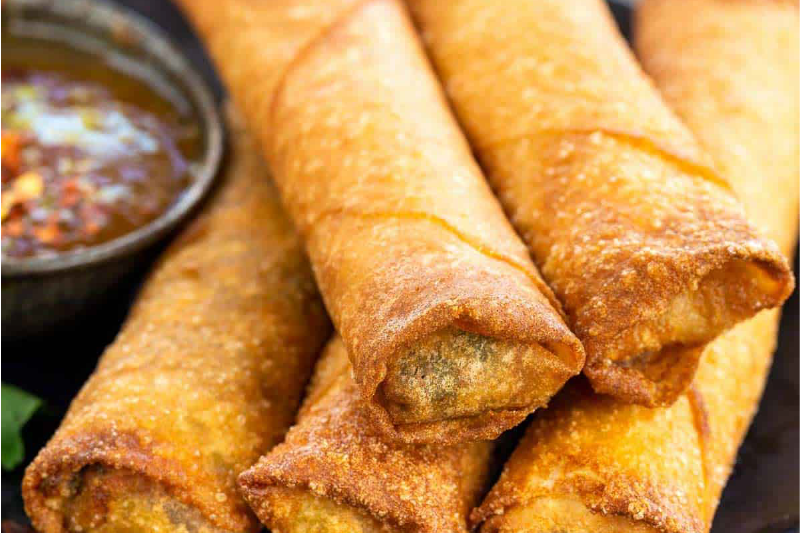 You might think that egg rolls are the most famous among the street foods in Kolkata, so you can skip the egg rolls in Pune. It is highly recommended that you try the Pune egg rolls because it offers a unique twist: The eggs are fluffed more and added in a mix of caramelized onion, cooked vegetables, and a splash of lemon juice. Doesn’t that sound like something you want to try?!

And what’s more, some eateries also serve it with cheese, chicken, and meat stuffings! The outer part is made of wheat, rolled using a pin, and heated on a pan to perfection. The stuffing is then inserted into this rolled piece.

Where is the best place to eat egg rolls in Pune?

The Olympia Restaurant in Pune has the best Pune-wala egg rolls! 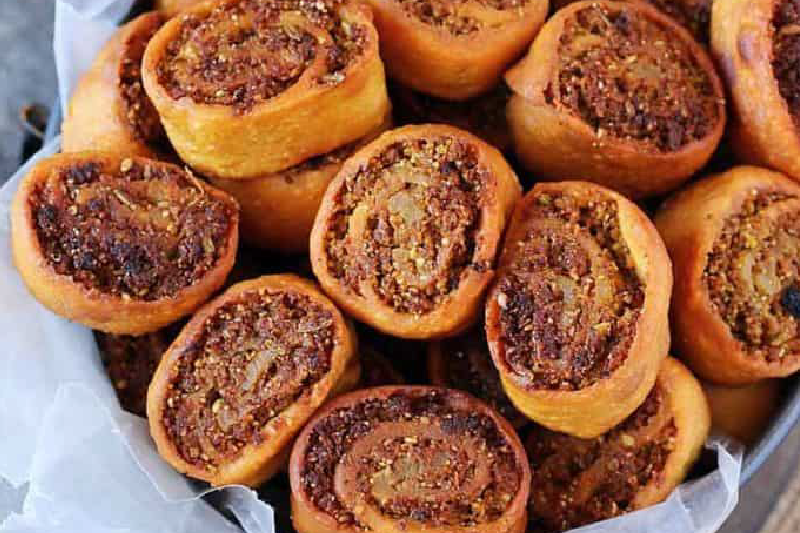 The Bhakarwdi are some of the most unique Pune street food you should try before you leave the city! The locals love these little delicacies! It’s a snack that is usually in demand during winter.

The dough for this dish is made of all-purpose flour and mixed with spices into a powder. Then, it is rolled up and fried very deeply, until it gets a golden-brown color.

There are variants to Bhakarwadi, too, in which spice and sweetness are added according to taste, with dates and dry fruits. And since they have a longer shelf life than any other food, you can consider buying extra to take home.

Where is the best place to eat Bhakarwadi in Pune?

You can have the best Bhakarwadi at Chitale Bandhu Mithaiwale in Pune.

These are some of the most savory Pune street food.

Keen to read more articles on food? Subscribe to the Travel Diary newsletter to get daily updates whenever new articles are posted!