The grandest annual celebration in Puri and one of the biggest Indian festivals; Jagannath Rath Yatra is all set to begin on 1st July this year. This religious festival sees the attendance of millions of devotees, who travel all the way to Puri from different corners of the country and even the world.

What is Rath Yatra?

Jagannath Rath Yatra, also known as chariot festival or sometimes car festival, is a celebration dedicated to Shree Jagannath, a form of Lord Krishna. Jagannath is revered as the Lord of the Universe. Rath Yatra is organized in different temple towns, but the biggest and most magnificent of them all is the Jagannath Rath Yatra at Puri in Odisha. Puri is one of the four Char Dham Sites known for its ancient temples and sparkling beaches.

During the Rath Yatra, the three presiding deities of Puri Jagannath Temple – Lord Jagannath, His elder brother Balabhadra and His sister Subhadra – are taken out of the garbha griha (sanctum sanctorum) of the temple, given a ritualistic bath, placed in beautifully carved massive chariots, which are then pulled by thousands of devotees as part of the grand-scale procession to Gundicha temple, situated about 2-3 km away from Jagannath Temple. The synchronous chanting of ‘Jagannatha’ and the blowing of conches sends waves of devotion across the town.

According to the Hindu calendar, Jagannath Rath Yatra commences on Dwitiya Tithi in Shukla Paksha of Ashada month, which generally falls in the month of June or July in the Gregorian calendar. This year, Puri Rath Yatra falls on July 1.

Believed to be the oldest Rath Yatra in the world, one can find a mention of this festival in ancient Hindu scriptures such as Brahma Purana, Padma Purana, Skanda Purana, and Kapila Samhita.

Jagannath Rath Yatra is the only occasion when the idols of the three siblings are taken out of the temple for the procession. Everyone, regardless of their religion and caste, can have the auspicious darshan of the deity during this Yatra. The devotional activity of pulling the chariots is believed to cleanse away the sins.

A spectacular celebration of culture and faith, Jagannath Rath Yatra also has a great spiritual significance attached to it. Drawing an analogy between the rath yatra and the yatra of life, a verse in Katha Upanishad says ‘ratha’ is a representation of a body and the yatra symbolizes the journey to moksha (salvation) in every birth.  Buddhi (intellect) drives this body, the mind reins it, and the senses are the horses that pull the chariot. All the sensory objects form the path and to drive oneself to moksha (the final destination), the coordination of soul, senses, and mind is required.

The entire town of Puri, one of the four holy Char Dham sites, throbs with new energy and enthusiasm during the nine days of Rath Yatra festivities.

Preparations for this annual festival start much early, with the making of chariots to be used for the Rath Yatra of the year. Traditionally, this begins on the auspicious day of Akshaya Tritiya every year. The heavy chariots are carved from a special type of wood, painted in bright colors, and decorated with red, black, yellow, and green canopies. The decoration of the chariots replicates the temple’s structure. One can actually distinguish between the three chariots. Jagannath’s chariot, called Nandighosa, measures 45 feet, has 16 huge wheels, and is decorated with red and golden-yellow striped canopies. Taladhwaja, Balabhadra’s chariot, is 44 feet tall, has 7 pairs of wheels and is draped in red and green cloth. The 43-ft tall Darpadalana, Subhadra’s chariot, is the smallest of the three. Red and black colored canopies are used to decorate Darpadalana, and it has 12 wheels. While Nandighosa is represented as being drawn by four white wooden horses, Taladhwaja is drawn by black horses, and Darpadalan by red wooden horses.

Chandan Yatra, in which the deities are worshiped with sandalwood paste dissolved in water, also begins on Akshaya Tritiya. Chandan Yatra is 42 days long, celebrated as Bahar Chandan and Bhitar Chandan. During the 21 days of Bahar Chandan held outside the temple, the representative idols of the main deities along with idols of other Gods and Goddesses are taken on procession from the temple to the nearby Narendra Tirtha Tank for a cruise on decorated boats. In the Bhitar Chandan yatra, these rituals take place within the premises of the temple.

Also called Snana Purnima, Snana yatra is the ritual of bathing the idols on the full moon day of Jyeshtha month. This is followed by Pahandi – a ceremonious act of carrying the idols of Jagannath, Balbhadra, and Subhadra from the sanctum and placing them in their respective chariots.

Hera Panchami is another interesting ritual that happens on the fifth day at Gundicha Temple. The representative idol of Goddess Mahalaxmi is carried in a beautifully decorated palanquin toward the Gundicha Temple. Participants sing the Hera Panchami song with much enthusiasm, all this while.

On Ashadha Shukla Ekadashi Tithi, the idols of Gods and Goddesses are adorned with beautifully carved gold jewelry, and this is called Suna Besha.

In the concluding ritual called Adhara Pana, Lord Jagannath, Balabhadra, and Subhadra are offered a sweet drink (Pana made from milk, sugar, banana, and other ingredients) from the huge cylindrical earthen pots on their respective chariots. Adhara Pana is observed on Ashadha Shukla Paksha Dwadashi tithi.

The sibling deities set out on their journey back to Srimandira from their aunt’s place (i.e. Gundicha Temple) on the ninth day, which falls on Ashadha Shukla Paksha Dashami. This return yatra is called Bahuda Yatra.

Jagannath Rath Yatra rituals end with Niladri Bije, the homecoming of the deities.

Is there a possibility of public participation in Puri Rath Yatra 2022?

Whether the public is allowed to participate in Jagannath Rath Yatra 2022 or not is still unclear, as the officials haven’t announced their decision yet. It is said that they would arrive at a decision after a thorough review of the COVID-19 situation in the country. However, devotees are hopeful that they would get to take part in this auspicious festival this year.

Are you planning to travel to India from the US for Jagannath Rath Yatra 2022? Even if the official announcement about public participation in Puri Rath Yatra comes at the last minute, you can take advantage of our last-minute deals on international flights to India and not miss this chance to get the auspicious glimpse of Jagannath. Biju Patnaik Airport in Bhubaneswar is the nearest airport to Puri. International travelers can easily get domestic flights to Bhubaneswar Airport from Delhi, Mumbai, Kolkata and other major Indian airports. 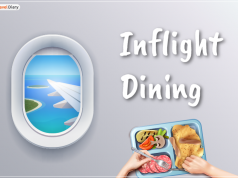 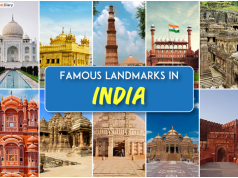