December 2017 is full of New Year eve galas and New Year parties for Indians in Washington DC Metro Area. Though there are not many cultural shows or programs in and around Washington DC in December, Bollywood parties will keep you engaged till the wee hours of December 31. Amit Tandon’s standup comedy show is a special mention among Indian events in Washington DC Metro Area in December 2017. Since many Indians will be traveling to India in December, we at Indian Eagle picked only six events for those staying behind. 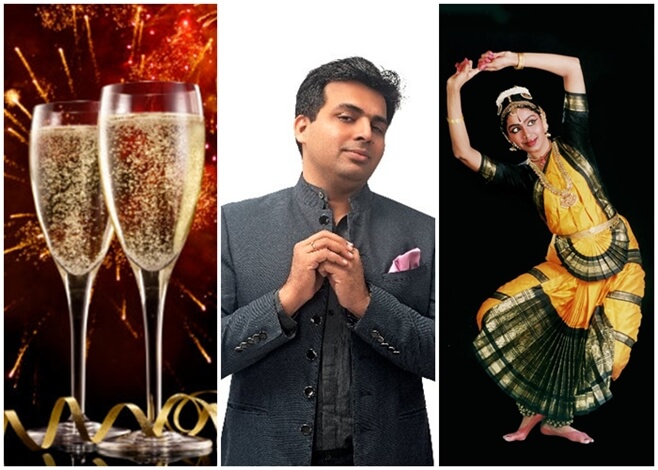 Desis in and around Washington DC will have an amusing beginning of December 2017 as famed Indian standup comedian Amit Tandon is set to perform live in Bethesda on December 2. Amit Tandon will make you laugh like never before with his witty one-liners and spontaneous jokes on marital life of a man in his show among the most anticipated Indian events in Washington DC Metro Area in December 2017.

Partying is one of the best and most preferred ways to bid goodbye to 2017. If you agree, then get ready for a Bollywood/Bhangra International Dance Party and other musical events for Indians in and around Washington DC in December 2017. The Bollywood/Bhangra International Dance Party is a mélange of various dance styles including Bollywood, Bhangra and Doonya. The event will host a galaxy of dancers from across the world and will not leave you without grooving to beats of popular music from India and the Middle East.

We at Indian Eagle could not help adding this Bollywood event for our valued customers booking travel to India. One of the few most exciting Indian events in Washington DC Metro Area in December 2017, Rangg Manchh Bollywood Dance Recital on December 17 will shower dollops of entertainment from Indian classical to trendy Bollywood. It will reawaken the vigor of Indians in Columbia, Maryland and turn them into frenzied revelers.

Needless to say, Indians in and around Washington DC will ring in 2018 with New Year parties on December 31, 2017. The New Year Party 2018 is expected to be the most sensational of all December 2017 events for Washington DC Metro Area Indians, because of an amazing lineup of programs, a delectable menu of delicacies and other attractions. A renowned DJ will be dishing out a wide range of beats to keep you on your toes throughout the night.

We would like to conclude our list with New Year’s Eve Gala, though there are still many Indian events in Washington DC Metro Area in December 2017. New Year’s Eve Gala events are among the few ways to bid farewell to 2017 in style. While Black Tie New Year’s Eve Gala will offer a unique experience of happening cities across the world in hotel ballrooms, BKE’s New Year’s Eve Fashion Gala is a red carpet event comprising fashion shows and likes.

Travel Beats, a leading Indian American community magazine by Indian Eagle, publishes the latest travel, tourism, visa, immigration, community news and events. Indian Eagle is a trusted travel partner of Indians in USA for booking their cheap airline tickets to India from Washington DC and other US Cities.