Indian festivals and events in March 2018 will keep Washington DC Metro Indians occupied for good reasons. We at Indian Eagle, a most trusted travel booking partner of Indians in USA, have listed and detailed some of the best Indian events in Washington DC Metro Area from the March 2018 calendar. In addition to Holi, Ugadi, Gudi Padwa and Ramnavami celebrations in March, there are cultural events on our list for Desis in Washington DC, Virginia and Maryland. 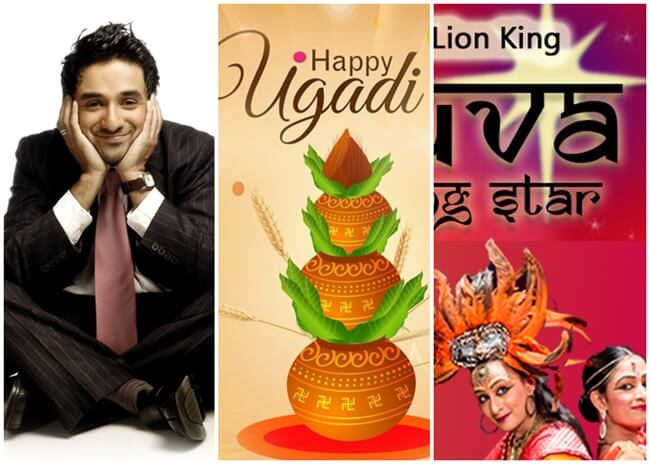 The curtain for Indian events in Washington DC Metropolitan Area in March 2018 will be lifted with Holi Mela: Rangon ka Tyohar at Durga Temple in Virginia’s Fairfax Station on March 3. Getting completely drenched in colors and binging on delicious Indian food are what Indians in and around Washington DC are waiting for. One of the best places to celebrate Holi 2018 in Washington Metro Area, Durga Temple has a great schedule of fabulous cultural programs to make the event a big one.

The fervor of Holi celebration will remain in the air until Ugadi and Guid Padwa in Washington DC Metro Area this March. To be held on March 18, Ugadi and Guid Padwa celebrations in Virginia’s Chesapeake are among the not-to-be-missed Indian events in Washington DC Metro Area. Desis from Marathi and Telugu communities in Virginia, Maryland and Washington DC will gather at the Hindu Temple of Hampton for the New Year celebration. In addition to rituals and cultural programs, traditional Telugu and Marathi food will be served to the Desis.

Washington DC Indians are set to get submerged in devotion on Sri Ramnavami 2018 at ISKCON Baltimore in Maryland’s Catonsville in March. One of the age-old Indian festivals, it is celebrated to mark the birth of Lord Ram, a most revered deity of Hindu Indians. Of the religious Indian events in Washington DC in March 2018, it will be a wholesome religious extravaganza with kirtans, bhajans, pushpa abhishekam, arati and lectures on Lord Ram. The day of Sri Ramnavami at ISKCON Baltimore in Maryland’s Catonsville will end with a free mouthwatering vegetarian feast.

Singles Mingle Soiree + Oscars Party on March 4 made it to our list of March 2018 events for Indians in Washington DC as it offers a tremendous opportunity for the single Desis to socialize with the local community in Washington DC, Maryland and Virginia while enjoying the live screening of Oscars 2018. The glittering party in Maryland’s Silver Spring is open only to adults who are 21+.

Gujarati Indians in and around Washington DC Metro Area are enthusiastically waiting for the classic Gujarati play, Adhura Toy Madhura. Among the cultural Indian events in Washington DC Metro Area in March 2018, the comedy and emotional drama will be staged on March 9 in Maryland’s Beltsville. The audience will be glued to their seats over rousing performances of eminent stage artistes: Feroz Mehta and Apara Mehta. The play will surely teach a thing or two about familial bonds and love.

Washington DC Metro Indians are going to witness a never-had musical experience at Dhruva – The Guiding Star in Virginia’s Annandale on March 11. One of the spectacular Washington DC Metro Indian events in March 2018, this Bharatanatyam musical is an Indian classical dance adaptation of the Hollywood blockbuster ‘Lion King’. It will be a treat to Young Indians in Virginia as the plot of the movie is Indianized with the characters from Panchatantra for the musical. The students of New Jersey-based Sanskriti School of Dance will showcase their exceptional talent at the charity event organized by Chinmaya Mission DC.

Get ready to shake your leg with and learn some valuable dance tips from popular Indian choreographer Dharmesh Yelande at his dance workshop on March 16, 17 and 18 in Virginia’s Herndon. Of the most awaited events for Washington DC Metro Indians in March 2018, the 3-hour dance workshop is open to all age groups. Dharmesh Yelande will personally interact with the participants at the workshop.