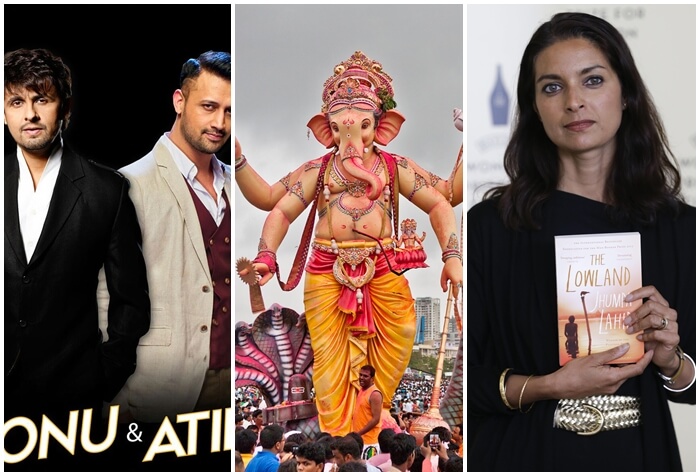 Indians in Washington DC Metro Area are all set to celebrate Ganesha Festival from August 25 till September 3 at Ox Road in Lorton, Virginia. Ganesha festival is one of the important Indian festivals celebrated by Hindus across the globe. Washington DC Indian community has chosen “Vasudhaiva Kutumbakam” (One World Family) as the theme for this year’s Ganesha Festival. It is one of the best Indian events in Washington DC Metro Area in August 2017 as it will be a great opportunity to catch up with the Desis and indulge in divine celebrations.

Indian playback singer Sonu Nigam and Pakistani singer Atif Aslam join hands together to rock Indians in Washington DC Metro Area with their vocal talent at a live concert on August 4. Among the highest paid singers of their respective countries, Sonu Nigam and Atif Aslam have participated in various musical festivals across the world. Their signature music is a blend of pop rock, classical, semi classical, ghazals, Sufi and jazz. This is one of the best Indian events in Washington DC Metro Area in August 2017 and will be held at Eagle Bank Arena in Fairfax, VA.

Book discussion on “The Low Land” by Jhumpa Lahiri is one of the much-awaited Indian events in Washington DC Metro Area in August 2017. Jhumpa Lahiri is the author of four works of fiction: Interpreter of Maladies, The Namesake, Unaccustomed Earth and Low land. This event based on her latest book “The Low Land”will be held on August 14 at Lovettsville library in Lovettsville, Virginia. Jhumpa Lahiri’s fans can have a brain storming session on her literary works, while others can enjoy the discussion under the same roof.

Of all the events, Rang Rangila Gujjubhai is one of the best Gujarati Indian events in Washington DC Metro Area in August 2017. This Gujarati play is a hit all across the globe. Rang Rangila Gujjubhai is scheduled to be staged on August 18 at 8 pm in Washington – Baltimore area to celebrate the Indian Independence Day weekend. Do book August 18 on your calendar for this laughter riot drama. You can’t get better than this!

Travel Beats, a leading Indian American community magazine by Indian Eagle, publishes the latest travel, tourism, visa, immigration and community news apart from listing upcoming Indian events in US cities. Indian Eagle is a trusted travel partner of Indians in the US for booking their cheap flight tickets to India from Washington DC and other US cities.