The Rajiv Gandhi International Airport (RGIA) has earned the rare distinction of being voted the “Number one Airport in India”. And the list of credit continues. 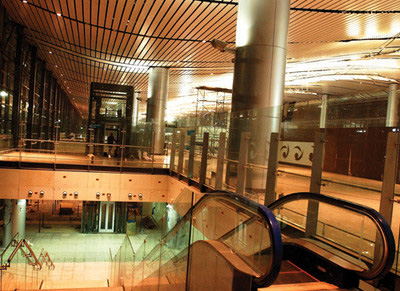 RGIA stand in the fifth spot for best regional airport in Asia and the eighth best airport in the 5 to 10 mppa capacity. The survey was gathered from 12 million passengers over a period of 10 months, covering 388 airports.
The deciding factors are travel experience with airport service, product factors, arrival at airport, transit and departure processes to the boarding gate etc.

The World Airport Awards are recognized as a global benchmark of Airport Excellence and Quality Ranking.
The special features that made the airport stand apart are its state-of-the-art technology and customer friendly amenities.

Also known as Hyderabad International Airport , Shamshabad the Rajiv Gandhi International Airport has placed Andhra Pradesh on the Map. Named after the former Prime Minister of India, commercial operations began on 23 March, 2008. It serves as a hub for SpiceJet, Lufthansa Cargo and Blue Dart Aviation and also a focus city for Air India, Jet Airways, and JetLite.