It’s official! The Delhi, Mumbai and Hyderabad Airports are among the top five airports in the world providing services of international standard.The Airports Council International (ACI) has adjusted Delhi’s Indira Gandhi International (IGI) airport as the second best in handling 25-40 million passengers per annum in 2012. 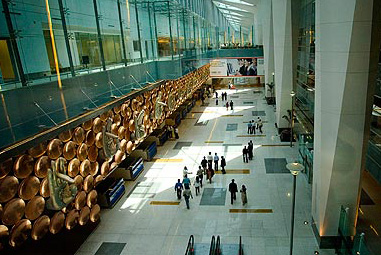 The ASQ Awards is the world’s leading airport passenger satisfaction benchmark. Here are the Top 3 winners:

This airport has a golf course, spa, private sleeping rooms, ice skating rink, a casino, indoor gardens and a Museum of Korean Culture.

The second busiest airport in India this airport has five operating terminals. 30.74 million passengers and 656,369 tonnes of cargo was handled during 2011-12.