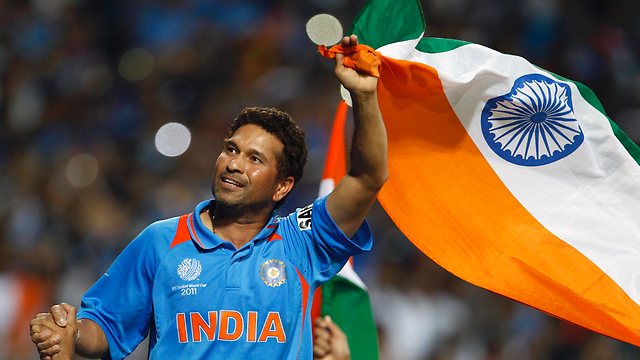 “If cricket is religion, then Sachin is the god”. Yes, it is rightly said about the legendary cricketer. Sachin Tendulkar has given Indians many moments of pride through his achievements in international cricket from the initiation of his career till date. Now on the verge of retirement from Test Cricket, he is playing the last and 200th match of his career. Before master blaster Sachin bids adieu to the fans of cricket at home and abroad, Indian Eagle recaps the defining moments of his career.

Victory over Australia in 1988

Australia sent a shiver of fear down the spine of India by leading the first innings of Chennai Test in the year 1988. When Sachin hit the ground, the face of the game changed and turned to the favor of India. He scored 155 runs out of 191 balls to crown India with victory over Australia.

The first defining moment in 1989

It was 1989 when he debuted against Pakistan in a Test match. He was only 16 then. On a tour of England in the year 1990, he made a surprising score of 119 runs at Old Trafford in Manchester. It is still a “Eureka” moment in his Test cricket career.

The outstanding captaincy in 1996

It is Sachin who took the lead as captain of the Indian cricket team in the Titan Cup in 1996. He was only 22 years old then. He led the team against Australia and South Africa to win the cup.

The record-breaking milestone in 2005

In 2005, he achieved another milestone by breaking Sunil Gavaskar’s record for the most Test centuries with his 35th century in the Test match against Sri Lanka. It was a challenge to surpass the record set by the legend like Sunil Gavaskar, and Sachin did not flinch from taking up the challenge.

Historic series of ODI in 2008

Sachin added a feather to his cap by making an outstanding performance at Sydney Cricket Ground in 2008 when he scored 117 in in the first final of the CB Series. Then, he made 91 runs in a challenging match of the second final at Brisbane. Tiding over the waves of Sachin’s success, India won over Australia in the series of One Day International cricket match.

Media and Cricket critics started speculating about Sachin’s retirement when he aged 37. But his double century in the ODI cricket match against South Africa in 2010 silenced them. He scored 200 runs including three 6s and twenty five 4s out of 147 balls. This achievement by him on March 24, 2010 is still an unsurpassed record in the history of ODI cricket.

Century of centuries in 2012

March 16, 2012 is the most defining day in Sachin’s cricket career. It witnessed to his 100th century in a match against Bangladesh in the Asia Cup tournament. The century of centuries, a great milestone, made him the king of cricket in India. He had made the 99th century just one year back, March 12, 2011, against South Africa.

He outstandingly played a match against Australia in Sharjah, made more than a century (143 runs) and qualified for the final round. He made a score of 134 runs alone to support the Indian team with winning chances Australia in the final. These centuries by him are some of the best knocks in the One Day International cricket series.

Indian Eagle takes pride in what India is proud of. “No one can fill in the void that Sachin’s retirement will leave in cricket. We hope, he will carry off the bell in the 200th match too.” – Indian Eagle.