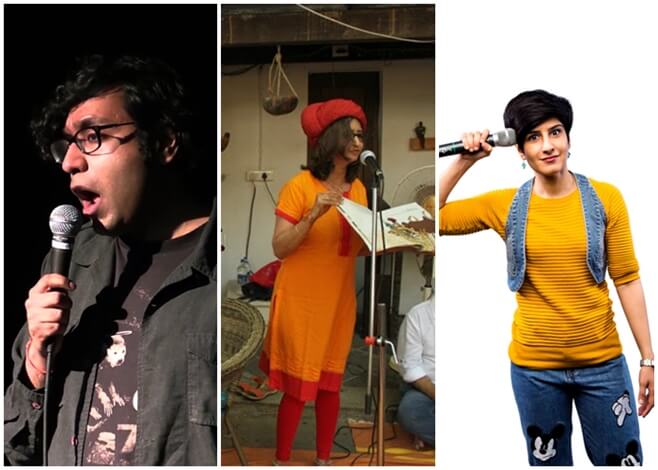 San Leandro Indians will celebrate holy mother Sri Sarada Devi Jayanti and take plunge into spirituality on December 10. Among the upcoming religious Indian events in San Francisco Bay Area in December 2017, it commemorates the birth anniversary of Sri Sarada Devi, the spiritual consort of legendary Indian saint Sri Ramakrishna Paramahamsa. It will be a golden opportunity for the young San Francisco Indians to learn about the life and teachings of Sarada Devi.

Indians in Oakland! Get ready to have a fun-filled evening with popular Indian American standup comedian Hari Kondabolu in December. The king of comedy is all set to visit Oakland on December 1 as part of his fall 2017 tour. The live comedy show has made it to IndianEagle’s list of best San Francisco Bay Area Indian events in December 2017 as it promises healthy helpings of comedy with hilarious jokes and sarcastic punch lines by Hari Kondabolu.

San Francisco Indians in Berkeley will have a unique experience at Ragamala Dance Company’s Written in Water Dance Show on December 2 and 3. The grandest of all San Francisco Bay Area Indian events in December 2017, the Bharatanatyam dance show will cast a spell on the audience with impeccable performance and mesmerizing live music. Created by Ranee Ramaswamy, Aparna Ramaswamy and Prema Ramamurthy, the dance routine depicts cultural complications of the modern world through metaphorical representation of Snakes and Ladders game.

Indians in San Francisco will welcome 2018 with the New Year’s Eve Fireworks Gala Cruise on December 31. The terrific party aboard the lavish Chardonnay Yacht of Commodore is rightly hyped as one of the Indian events in San Francisco in December 2017 with mesmerizing music, 4 hours of cruising and the company of your dear ones. Do catch panoramic views of spectacular fireworks, groove to music, binge on sinful food and sprinkle wine at the stroke of midnight on the New Year’s Eve Fireworks Gala Cruise. What is your plan for the New Year’s Eve?

At Indian Eagle, our list of San Francisco Bay Area Indian events in December 2017 includes an author session and writing workshop with eminent children’s author Chitra Soundar in Milpitas on December 3. A well-renowned name in the realm of children’s literature, Chitra Soundar will entertain Indian kids during an amusing storytelling session apart from sharing useful tips on creative writing at the event. Do not miss it!

Following her successful show in New Jersey last month, Neeti Palta will bring the house down with a cocktail of wit, fun, sarcasm and humor in San Francisco Bay Area in December. One of the best and most popular standup comedians in India, Neeti Palta is gearing up to make us laugh at the things which we usually ignore in day-to-day life. Scheduled on December 8 in Saratoga, the Neeti Palta Standup Live Comedy will be a refreshing break from usual Indian events in San Francisco Bay Area.

Christmas will come early for Indians in and around Hayward with Desi Bollywood Christmas Party on December 9. One of the scintillating San Francisco Bay Area Indian events in December 2017, the party will see a night full of entertainment with top class DJs spinning out the latest Bollywood hits alongside live music, dance performance and delectable food. Midnight Santa Claus and Christmas-themed decoration are expected to steal the show with kids at the party.

Fremont Indians are gearing up to bid farewell to 2017 in a grand manner at FOG New Year Eve Party on December 31. The biggest of all San Francisco Indian events in December 2017, the party is second to none with an appetizing Indian buffet, splendid dance performances, unlimited drinks and latest hip beats from popular DJs the night long. What more do you want!