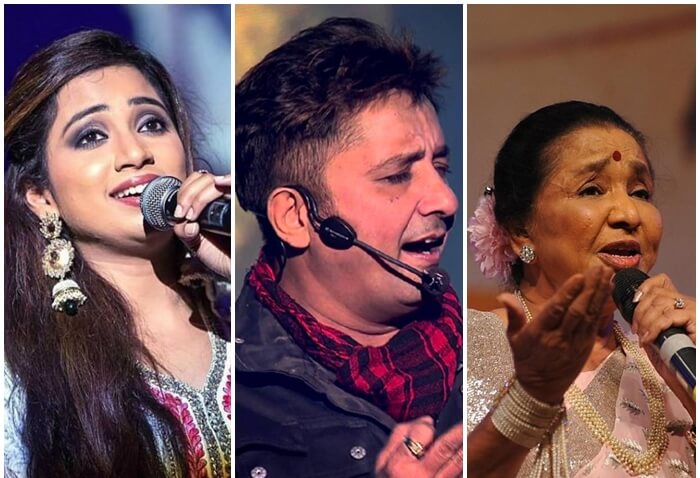 The 2017 Indian Independence celebration will take place early for Indian community in San Francisco. The Desis will celebrate India’s 71st Independence Day on August 6 with Swades: Celebrate India festival. Among the top Indian events in San Francisco in August 2017, it will kick off with the flag hoisting ceremony. It is one of the must-visit August 2017 events for Indians in San Francisco Bay Area as it features exciting activities for all age groups. While there will be a dedicated entertainment kids arena with live interactive characters, fun rides and games, adults can have fun with street shows, DJ beats and scrumptious Indian food. Other highlights of Swades: Celebrate India in San Francisco includes all day-long arts and cultural performances. Organized by the Association of Indo Americans, it will be held at Milpitas Sports Center.

San Jose Indians! Get ready to have a magical musical evening with legendary singer Asha Bhosle as the upcoming San Jose Indian community events in August 2017 include a live concert of the Indian singing empress. The concert is hyped as one of the not-to-be-missed Indian events in San Jose in August 2017 as it marks the last live performance of Asha Bhosle in the North America.Popular Indian singer Javed Ali will join Asha Bhosle in mesmerizing the Desis in San Jose. To be organized by Bright Brain Productions, the concert will be held on August 12 at Event Center Arena in San Jose.

The Indian community in San Francisco is in for a musical bonanza this August. After the most-awaited concerts of Asha Bhosle and Sukhwinder Singh, India’s most admired singer Shreya Ghoshal will enthrall the Bay Area Indians with her exceptional vocal skill. Among the biggest San Francisco Indian events in August 2017, the live concert will be held on August 26. Shreya Ghoshal live concert in Oakland is touted as one of the top August 2017 events for Indians in San Francisco Bay Area as it will make her the first female singer to rhyme with the famed Grand Symphony Orchestra. Oracle Arena in Oakland is the venue for the event.

Good news for cooking enthusiasts in Sunnyvale! The ninth Kitchen Killadi Contest is among the best San Francisco Bay Area Indian community events in August 2017. One of the upcoming Indian events in San Francisco in August 2017, the competition on August 27 offers a golden opportunity for Bay Area Desis to showcase their culinary talents to the world. Being hosted by Bharati Tamil Sangam and Cancer Institute Foundation, the annual cooking contest will take place at Sunnyvale Hindu Temple Auditorium.Do not miss the aroma of various Indian dishes at the event!

Travel Beats, a leading Indian American community magazine by Indian Eagle, publishes the latest travel, tourism, visa, immigration and community news apart from listing upcoming Indian events in US cities. Indian Eagle is a trusted travel partner of Indians in USA for booking their cheap flights to India from San Francisco, San Jose, Fremont and other US Cities.