The MIT Technology Review has published its list of 35 Innovators Under 35 for the year 2016. Naturally the list features scientists and researchers from the Indian community in America this year as well. Funded at the Massachusetts Institute of Technology in 1899, the Technology Review is a bimonthly magazine on technology. It celebrates new technologies of significance, which impact human life and existence on earth both in print and digital versions.

Sonia Vallabh, Maithilee Kunda, Dinesh Bharadia and Jagdish Chaturvedi are the four Indian American innovators under 35 on the MIT Technology Review list. Samay Kohli is the only one from India among 35 Innovators Under 35.

32-year-old Indian American Sonia Vallabh is one of the most inspirational and determined innovators under 35 on the MIT Technology Review list. She is on an uncertain journey striving to develop therapeutic treatments for an unusual genetic diseased which killed her mother. Inheritance of the disease from her mother changed Sonia Vallabh’s academic track from law to medical science and research. A Harvard Law School graduate, she is currently is a scientist researching on the fatal genetic prion disease in a lab at the Broad Institute of MIT. 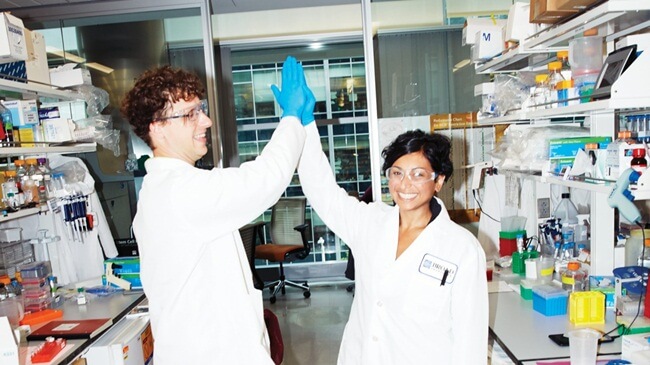 Sonia Vallabh with her husband Eric Minikel in a lab

32-year-old Maithilee Kunda from Nashville is a visionary from the Indian American community. She is an assistant professor of computer science and engineering at Vanderbilt University. She is a graduate in mathematics from MIT and holds a PhD degree in computer science from Georgia Tech. Maithilee Kunda has been working on artificial intelligence systems since the beginning of her graduation. Her research on artificial intelligence is inspired by people with autistic spectrum disorder who have remarkable visual abilities. She says, “There should be several AI tutors to show students how to solve a difficult problem in different ways.” 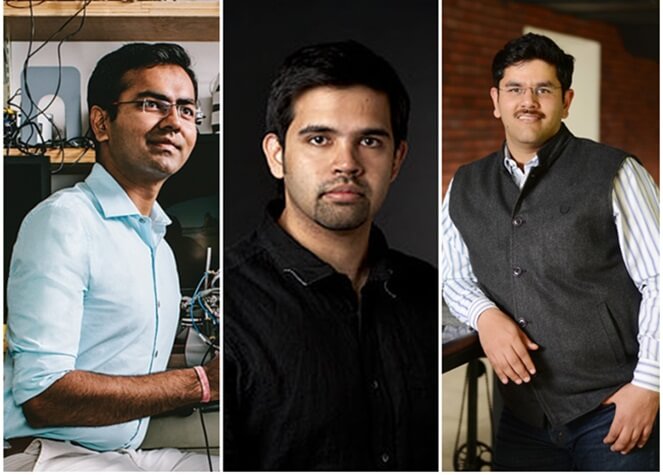 Among the four Indian American innovators under 35 on the MIT Technology Review list, 28-year-old Dinesh Bharadia is an IIT Kanpur graduate from India and a postgraduate in electrical engineering from Stanford University. He invented a telecommunication technology that can simultaneously receive and transmit data on the same frequency. He has developed the first full-duplex radio implementing this technology, which if integrated to cell phones will benefit both telecom companies and consumers.

32-year-old Jagadish Chaturvedi from Bangalore, the Silicon Valley of India, is an ENT surgeon with MBA in Entrepreneurship and Hospital Management. His journey of innovation in medical science is one of the inspirational stories. A Standford-India Biodesign Fellow 2012, Dr. Jagadish Chaturvedi invented Entraview, a low-cost ENT (ear, nose and throat) imaging device for rural doctors who can’t afford expensive imaging devices to diagnose ENT diseases. His device has helped 200,000 patients till date. He has contributed to the invention of as many as 18 medical devices. He also helps startups with the innovation process.

Samay Kohli from India is an entrepreneur among the 35 Innovators Under 35 for the year 2016. The 30-year-old postgraduate from the Birla Institute of Technology and Science is the founder and CEO of GreyOrange in Delhi NCR, which manufactures and sells robotic butlers (butler robots) to facilitate warehouse automation for ecommerce companies. Samay Kohli’s technology has automatized 92% of India’s warehouse market. With offices in Singapore and Hong Kong, he is looking to get a foothold in China and the Middle East.

Travel Beats, a digital portal for Indian Diaspora by IndianEagle, publishes inspirational stories of innovation from the Indian Community. IndianEagle, a leading travel organization for Indians in USA, celebrates achievements of Indians and Indian Americans from different walks of life.