Ever been bitten by the travel bug? What is it about travel that makes people load their backpacks and throw cautions to the wind? Travel is fast becoming a trending topic with explorers taking to globetrotting, for that rush of adrenaline. 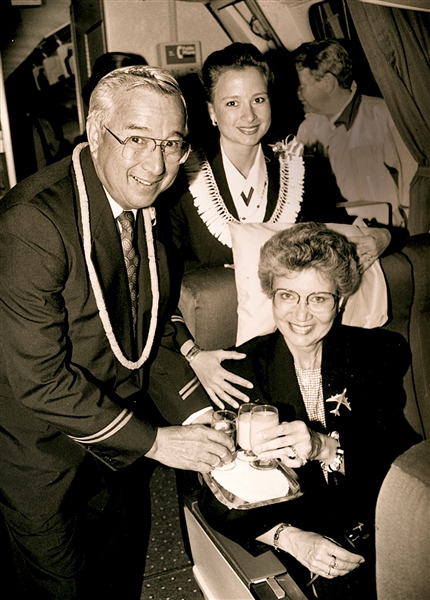 While there are records and records, Ron Akana landed his name in the “Guinness World Records” book for doing his job dutifully. All the while he was covering the expanse of the earth.

83 -year old Ron Akana has spent 63 years of his life, working as a flight attendant with United Airlines. His long- standing profession at 35,000 feet in mid-air has been time-honoured. The “longest career as a flight attendant” in the world, Akana worked his last route from Denver to Kauai.

Life they say comes to a full circle, Ron too ended his career in the state, where it all began. “I wasn’t expecting this much attention”, Akana said, surprised at being in the spotlight.

One of United’s first male flight attendants, Akana began his journey, as a student at the University of Hawaii in 1949.”We didn’t even know what a flight steward was,” he recalled. “But it meant getting to the mainland, which was a huge deal in those days”.

From propeller planes to jets that cuts travel time to half, hopping in and out of airplanes has been the story of Akana’s life. Ever pondered, what is it about travel, that will make you amend your schedule, to just go with the flow ?