Two Indian American engineers – Parag Havaldar and Kiran Bhat – are on the list of 18 Oscar winners for Technical Achievement announced by the Academy of Motion Picture Arts and Sciences for 2017. California-based Parag Havaldar, a computer engineer from IIT Kharagpur in India, became the sixth Indian to win an Oscar. He, along with Kiran Bhat, will be honored at the Academy of Motion Picture’s 2017 Scientific and Technical Awards Presentation at Beverly Hills, California.

A software engineer at Sony Pictures Imageworks, Parag Havaldar is the technologist behind the creation of stylized character animations with realist appeals in a number of movies, including Alice in Wonderland, Hancock, Spiderman, and Monster House. The character animations in those Hollywood movies were architected using the expression-based facial performance capture technology that he developed at Sony Pictures Imageworks. International filmmakers from across the world are looking to use the same technology in their upcoming projects. 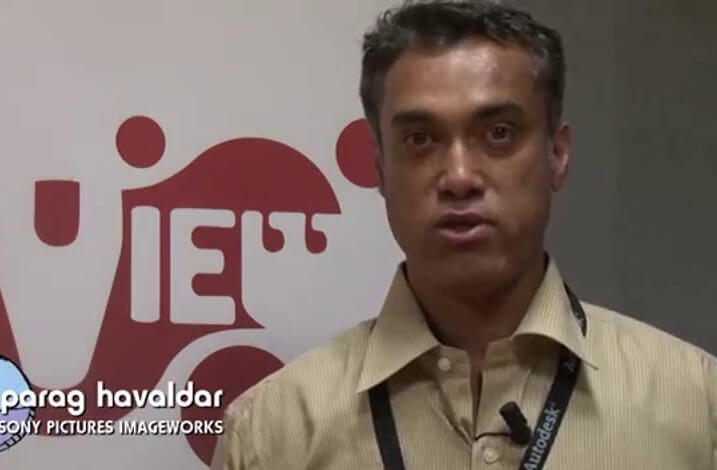 Among the winners of Oscars 2017 for Technical Achievement, Parag Havaldar holds a PhD in computer vision and graphics from the University of Southern California. An expert in 2D/3D movies and games, Parag was technologically associated with several other films including Oz the Great and Powerful, Hotel Transylvania, and Beowulf. He is also a part-time faculty member in the computer science department of Southern California University.

A press release from Oscars 2017 for Technical Achievement states, “The technology developed by Parag Havaldar is a pioneering system that enabled large-scale use of animation rig-based facial performance-capture for characters in motion pictures with ease and efficiency.”

Another Indian American recipient of Oscars 2017 for Technical Achievement, Kiran Bhat shares the award with Brian Cantwell, Paige Warner and Michael Koperwas. Kiran Bhat along with the three technologists featured among the winners for the design and development of the ILM facial performance-capture solving mechanism.

Kiran Bhat is the cofounder of Loom.ai, a startup in San Francisco. He also serves as chief technical officer of Loom.ai that is developing futuristic technology for creating expressive 3D digital avatars with personalized aspects, which can be used into games, messaging, social VR, chat bots and likes. The ILM facial performance-capture solving mechanism that earned Kiran an Oscar in the ‘Technical Achievement’ category facilitates high-quality facial performance attribution to digital characters with artistic control in large-scale productions.

Subscribe to Latest News and Stories of Indian Americans