A sizeable number of Indians in the United States are not crossing the border to visit India due to their fear of visa denial under the current circumstances of additional scrutiny in the form of social media vetting for national security. Those who become a target of the USA’s extreme social media vetting policy are required to furnish the form DS-5535 with details of their social media activity, employment history, residence, travel, family, and the email IDs and phone numbers they have used in the past 5 years.

Surprisingly, USCIS’ extreme visa vetting policy turned an Indian American family’s trip to India into a nightmare by obstructing the return of an H4 dependent of the family to the United States, of late. 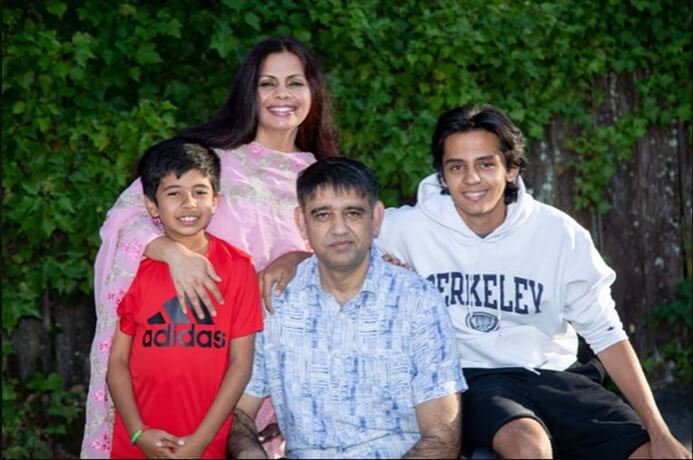 Jiteshwar Attri, a 17-year-old Indian American high schooler, traveled to India from USA for a vacation, with his parents and a younger sibling. The Attri family has been living legally in the United States for 13 years, as one of the parents is an H1B professional. Like many other Indian American families, they were enjoying their vacation like a joyride in India until the unexpected trouble began when they visited a US embassy in India get their passports stamped for renewal of the US visa.

The US visa stamps on their Indian passports had expired a few years before their recent visit to India. But, they were issued a ‘Notice of Approval’ by the government, allowing them to reside in the US until February 2022. According to the policy, if they happened to step out of the US border, they would have to get their visa stamps renewed at a US embassy in their native country.

While his parents got the visa renewed, 17-year-old Jiteshwar Attri was denied renewal of his visa. The embassy required him to fill up a DS-5535 form with his personal details of the past five years, including his use of social networking sites, emailing and travel. Though the form required him to furnish names of any “current or former spouses” and his employment history, he conscientiously filled up the form and submitted it.

Implemented in 2017, USCIS’ visa vetting policy and the DS-5535 are applicable to “0.5% of the total US visa applicants the world over in a given year,” according to the Federal Register. Evidently not for all applicants, the US visa vetting form was supposed to remain effective until the 2017 end, but it was extended into 2018 and is in place till date. Determining the applicants, who need to answer the questionnaire for additional scrutiny, is a discretionary right that belongs to US consular officers.

Also Read: This Indian American Girl Ages out of H4 Status to Face a New World

What followed the submission of the form by the boy pushed the Attri family from pillar to post. They never got to hear from the USCIS in response to their submission of the DS-5535 form. His parents made multiple calls and sent emails to the Department of State, and the embassy in India, but all sorts of communication fell on deaf ears. Chasing the goat till the end, they wrote the White House, but in vain.

They contacted the district Congressman. What they got in response to their pleas, is mere sympathy from the Congressman office, but no solution of the problem. His parents were at the risks of losing their jobs due to their prolonged absence from work in California. Hence, they reluctantly took a return flight to the US and left me in India with the promise to take me back soon.

Meanwhile, he was unenrolled by his school in San Rafael, though the teachers supported and helped him with online assignments initially.

Jiteshwar Attri’s parents sought legal help right after their return to the US and got the visa approval for him, which put a full stop to what the family had gone through, but left him with a haunting question, “Am I an outsider in the US? Am I a security threat to the country that I call my home?”