Home / News / Global Kokan Festival 2013 to be held at Mumbai

Mumbai will be playing host to the third edition of the Global Kokan festival. The inaugural event will take-off between January 4-7 at the Bombay Exhibition Centre. The western coastline of India from Thane district to Mangalore will be promoted to boost tourism on a large scale. Organized by the Kokan Bhumi Pratishthan, the festival will feature exhibtors that can showcase Kokan as a potential place to visit for Globetrotters and Tourists. 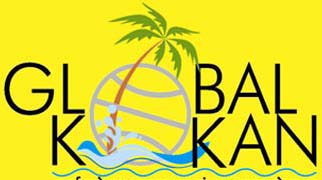 The Spritely Beach Festival will take-off in May 2013 at Thane, Raigad, Ratnagiri and Sindhudurg to promote Beach and Coastal Tourism.

Talking about the festival, Sanjay Yadavrao, Executive President, Global Kokan, and President, Kokan Bhumi Pratishthan, said, “Last year, we witnessed three lakh visitors at Global Kokan Festival. This year we are expecting over six lakh visitors. There will be many exciting and fun features for the Mumbaikars. We have planned a Kokani Fish Festival and Marine Aquarium, along with activities of fishing, blind tasting contest, photography competition and exhibition. We would like to highlight Adventure, Beach and Cultural Tourism of our region at these trade fairs.”

Indian Eagle offers best prices for India. Make a plan to travel just for a rejuvenating experience along sandy shores. Visit www.indianeagle.com for cheapest airfares to Mumbai. Come be a part of the Kokan festival.