The provision of visa-on-arrival in India has been extended to five new cities besides the four existing metro cities.Hyderabad, Goa, Thiruvananthapuram, Bengaluru, and Kochi join the list of airports that issue Visa on arrival for tourists. 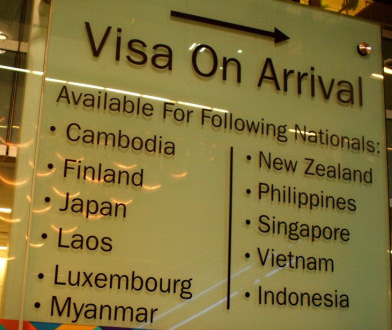 The existing airports with tourist visa-on-arrival facility are Delhi, Mumbai, Chennai and Kolkata.

The validity is limited to 30 days with single entry facility. However the purpose of visit has to be clearly specified, if it is for tourism or paying family members and friends a visit.

Tourists can avail of this opportunity with a visit no more than twice in one calendar year. A minimum gap of two months between each visit has to be maintained.