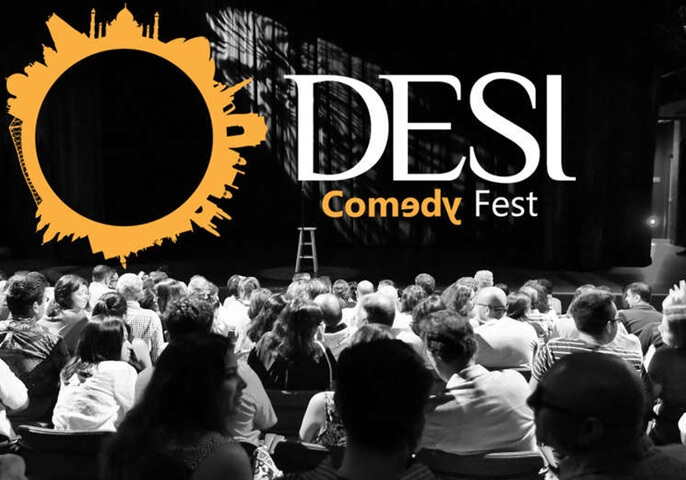 The Annual Desi Comedy Fest in San Francisco Bay Area is the brainchild of two Indian American comedians: Samson Koletkar and Abhay Nadkarni. Samson Koletkar aka Mahatma Moses was born and bought up in Mumbai, India’s financial capital. After completing his master’s degree in Computers, he moved to San Francisco. Samson is gifted with witty humor and famous for getting the audience to their toes. Abhay Nadkarni moved from South India to Los Angeles. His comedy prowess is an eclectic mix of humor and sarcasm.

A co-founder and co-producer of Desi Comedy Fest in California, Samson Koletkar believes that it is very important to provide a platform for South Asian voices in the current political climate full of controversies, and humor is a great stress buster.

The bitter pills of current socio-political affairs including immigration, racism and travel ban as well as personal experiences of the South Asian Diaspora will be served on a palette of humor, wit, sarcasm and pun. Click here to book your tickets for the Fourth Annual Desi Comedy Fest in San Francisco Bay Area.