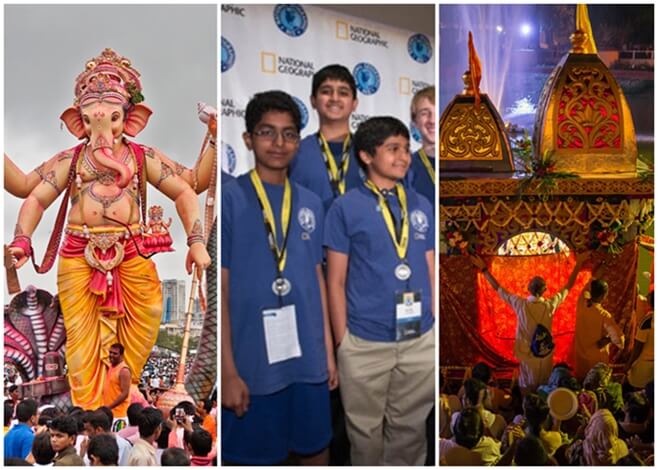 The students of Arathi School of Dance are gearing up to charm Indians in Dallas with a magnificent dance drama about some inspiring Indian women. Being hosted jointly by the Indian Cultural Heritage Foundation and Arathi School of Dance, VIRANGANA on August 5 is set to be a visual treat to the Desis in Dallas. The dance performance is hyped among the sensational Indian events in Dallas in August 2017 as it takes the young Dallas Indians through the motivational life stories of Indian women such as Jhansi Lakshmibai, Mother Teresa, Mirabai, Indira Gandhi and likes. One of the top events for Dallas Indian community in August 2017, it will be staged at Dallas City Performance Hall.

Get ready Indian American kids in Dallas! Among the most exciting events for young Dallas Indians in August 2017, Spellathon 2017 is back for its fourth edition. The event is touted as one of the most-awaited August 2017 events for Indians in Dallas as the Desi kids dominated most of the spell bee contests to date. Spellathon 2017 in Texas will be held on August 12 at Davis Library and Parr Library in Plano.

Krishna Janmashtami on August 15 is among the best Dallas Indian events in August 2017. To be celebrated at two popular Indian temples in USA- Dallas Fort-worth Hindu Temple and ISKCON Temple Dallas–on August 15, the festive fervor will bring together the local Indian community. Besides the rituals to mark the birth of Lord Krishna, the religious event also includes cultural performances and enactments from the childhood of the lord. Other entertaining activities such as dahi handi make the festival one of the top August 2017 events for Indians in Dallas.

One of the upcoming Indian events in Dallas in August 2017, Ganesh Utsav 2017 will bring together the Desis in Dallas for a two-week cultural extravaganza. Being organized by Dallas Fort Worth Hindu Temple in its premises, it will start on August 24with the consecration of Lord Ganesh’s statue amidst sacred mantras and rituals and will culminate with visarjan on September 5. Throughout the course of the utsav, Mahaprasad will be served to the devotees. The festival will surely be among the best Dallas Indian community events in August 2017 as it features cultural dance programs and other entertaining activities.

Indians in Dallas will bid adieu to August 2017 with the Dallas Boat Festival on August 27. Among the not-to-be-missed August 2017 events for Dallas Indian community, the festival is a joyous celebration for the devotees. The statues of Lord Krishna and Radha are placed in a gorgeously-decorated boat and are paraded in the temple’s pond. The deities are showered with flower petals by the ecstatic devotees throughout the parade. Listed as one of the popular Dallas Indian events in August 2017, it will be held at the ISKCON Temple in Dallas.

Travel Beats, a leading Indian American community magazine by Indian Eagle, publishes the latest travel, tourism, visa, immigration and community news apart from listing upcoming Indian events in US cities. Indian Eagle is a trusted travel partner of Indians in the US for booking their cheap flight tickets to India from Dallas and other US cities.