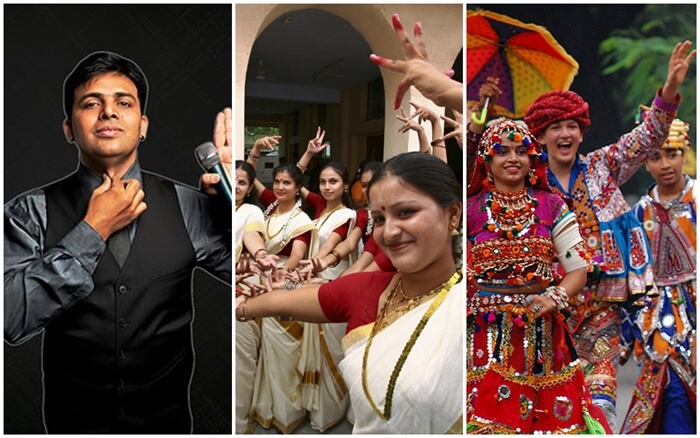 Indians in Boston are all set to celebrate Onam Festival in September 9 at North Andover High School in North Andover, MA. Onam festival is one of the important Indian festivals celebrated by Kerala Hindus across the globe. Keralites of the Boston Indian community can have a great time at the Annual Onam Celebration that is hosted by New England Malayalee Association. It is one of the best Indian events in Boston in September 2017 as it will be a great opportunity to catch up with the Desis and indulge in divine enlightenment.

Priya Purushothaman’s Hindustani Vocal is one of the top Indian events in Boston in September 2017.  A disciple of Bangalore-based vocalist Smt. Aditi Kaikini Upadhya, Priya Purushothaman has had the rare privilege of training in the gurukul style. Her tutelage was supplemented with advanced training from the late stalwart musician and scholar, Pandit Dinkar Kaikini in Mumbai, and she continues to receive guidance from his wife, noted vocalist and Guru Smt. Shashikala Kaikini. It is listed among the cultural Boston Indian events in September 2017 and will be held on September 9 at Tang Center in Cambridge.

The name needs no introduction! The living legend, Atul Purohit is a world renowned Garba singer who redefined the lines of classical music. The Atul Purohit Garba event is touted as one of the most awaited September 2017 events for Indians in Boston. A master of folk music, Atul Purohit’s classical style mixed with Hindustani, Bhajan and Sufi continued to win many laurels to his name. This is considered to be one of the best Indian Events in Boston and there is a talk that the organizers are applying for a Guinness record soon. Hosted by Hetal Joshi, the Atul Purohit Garba event will be held on September 10 at Ambrosia Banquet Facility in Fox borough.

Abhishek Raghuram is an Indian Carnatic vocalist who has given his first international concert with his legendary grandfather Sri Palghat Raghu in 1999. Hailing from a family of legendary musicians, music is in Abhishek’s blood. Of all Indian events in Boston in September 2017, this is mandatory for people who seek Carnatic Vocal music. This event is organized by Mithas and will be held on September 23 at Cambridge, MA.

Shaam-e-Ghazal with Kiran Nath in Boston

Shaam-e-Ghazal, a musical evening of Ghazals and Thumris is considered as one of the best Indian events in Boston in September 2017. Ghazal Fans Club proudly presents the Shaam-e-Ghazal with veteran singer-composer-poet Kiran Nath and also features ghazal singers like Mitali, Poppy, Kunal and Shameek. This Indian American event will be held on September 23 at Chinmaya Maruti Auditorium, Andover.

The Indian community in Boston is about to embark an epic comedy show with Amit Tandon, “The Married Guy”. The comedy show on September 02 is among the best Indian events in Boston in September 2017 as Amit Tandon will mesmerize the audience with his hilarious stand-up comedy. One of the sensational September 2017 events for Indians in Boston, it will be a treat to the Indian comedy lovers in Massachusetts. Being hosted by ATICC Inc, the event will be held at Academy of Creative Arts in Burlington.

Travel Beats, a leading Indian American community magazine by Indian Eagle, publishes the latest travel, tourism, visa, immigration and community news apart from listing upcoming Indian events in US cites. Indian Eagle is a trusted travel partner of Indians in USA for booking their cheap air travel to India from Boston  and other US cities.