Indians in Atlanta will be having a riveting time this October as the month is filled with exciting events ranging from religious festivals to classical concerts added with a pinch of lectures on Indian economy. The Indian events in Atlanta in October 2017 will bring the Atlanta Indian American community together once again to participate in events that are rich in Indian tradition and values. We at Indian Eagle have listed down the best Atlanta Indian events in October 2017 exclusively for our readers. 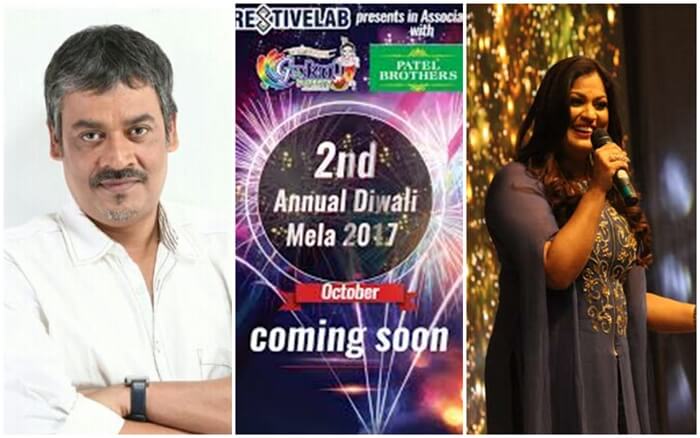 Come celebrate Diwali with Bollywood celebrities at the annual Atlanta Diwali Mela 2017 at Infinite Arena theater on October 7 in Duluth, GA. Hosted by Creative Lab, Patel Brothers and Gokul Sweets, Diwali Mela is undoubtedly the best and most awaited Indian events in Atlanta in October 2017. The Atlanta Indian American Community is expected to participate in huge numbers and celebrate the Festival of Lights through various community activities, fashion shows and cultural performances.

The 13th Atlanta Asian Film Festival is the only cinematic extravaganza among the Indian events in Atlanta in October 2017. The Atlanta Asian Film Festival will screen movies from Asia-Pacific countries including India, China, Korea, Philippines and Taiwan. The movies will be screened from October 13 to 28 at Suwanee, Georgia in drama, comedy and romance genres. It’s a good opportunity for Indians in and around Atlanta to catch movies of substance in various Asian languages. A true cinematic indulgence!

Richa Sharma needs no introduction for her contributions to music in Indian Cinema as a playback singer. Under the tutelage of Pandit Aaskaran Sharma, Richa went on to become a versatile singer and she is now on a worldwide tour to enthrall music lovers. The Atlanta Indian American Community is in for a musical treat this October 14 at Centre Stage Theatre in Atlanta, GA. Touted to be among the best events for Atlanta Indians in October 2017, the Richa Sharma Musical Night is presented by Sulekha.

Ragas under the Stars

‘Ragas under the Stars’ is a classical music concert in Malhar style performed by renowned artistes: Pritam Bhattacharjee (vocal), Ustad Shahid Parvez (sitar) and Prithwiraj Bhattacharjee (tabla). Ragas under the Stars concert is undoubtedly one among the best Indian events in Atlanta in October 2017 especially for musical lovers. As part of Kennesaw State University’s Year of India program, this Indian American event will be held at Bailey Performance Center on October 14 in Kennesaw, GA.

Those interested in the current fluctuating scenario of Indian Economy must attend this program from our list of the October 2017 events for Atlanta Indians. 2017 that is held at KSU in Kennesaw, GA on October 30. Two Lectures on the Contemporary Indian Economy is one of its kind with regards to the impact of Indian Economy on overseas Indians. Swaminathan S. Anklesaria Aiyar, a research fellow at Centre for Global Liberty and Prosperity at CAT Institute, will be delivering two insightful lectures – one on the Economic Freedom of the states of India, and the other on how the Indian Elephant became an Asian Tiger.

Travel Beats, a leading Indian American community magazine by Indian Eagle, publishes the latest travel, tourism, visa, immigration and community news. Indian Eagle is a trusted travel partner of Indians in USA for booking cheap flights to India from Atlanta and other cities in Georgia.