The Eco-sensitive Western Ghats along the West coast of India, have earned the tag of World Heritage site. UNESCO has conferred this well-deserved recognition to the geomorphic features with unique biophysical and ecological processes.Possessing a unique legacy of genetic biodiversity, the legacy of the Western Ghats can be traced back to 500 million years. 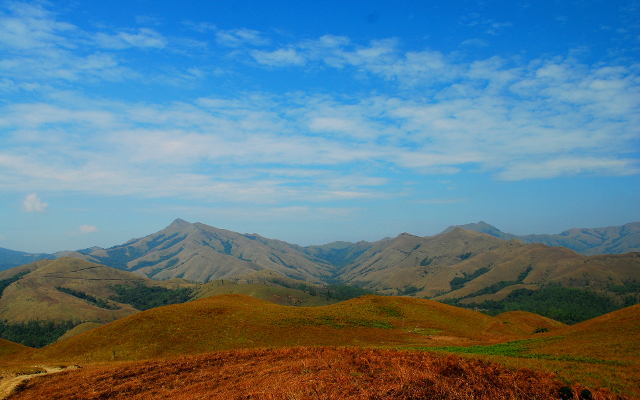 The mountain range runs from the north to the south starting near the border of Gujarat and Maharashtra.It runs approximately 1,600 km  through the states of Maharashtra, Goa, Karnataka, Tamil Nadu and Kerala, ending at Kanyakumari, the southern tip of India.The Ghats known as the ‘Water Tower’ of Peninsular India, has many rivers originate and flow towards southern India. Indian Eagle will take you to the Western Ghats, the first global ‘cluster’ of natural sites to be declared as world heritage.

We list out the primary reasons why you should go backpacking to the Ghats.

The best example for moderating tropical climate of the region,  the Ghats are older than the Himalayas.The site is the highest montane forest ecosystem that influences the weather pattern of monsoon in India.

Harboring a wealth of flora and fauna, this tropical “gene pool” harbors millions of species of animals, plants and the

Minerals in the Western Ghats are finite and non-renewable, a rich source waiting to be tapped into during the forthcoming 50 years. The iron ore belt is aquifer storing billions of cubic meters of precious water derived from precipitation, during the monsoons. Acting as a sponge it supplements lakes, reservoirs, rivers and tanks with fresh water enriched with aquatic biodiversity.

The Heritage Tag has caused excitement among naturalists and conservationists. Home to the nasikabatrachus — the purple frog, this endangered species was discovered in 2003.It is believed to have existed along with the dinosaurs, 300 million years ago. The Semecarpus Kathalekanensis is another recently discovered plant. Fresh water swamps known as Myristica swamps has facilitated the growth of the rare endemic palm pinanga dicksonii found along the stream. The Blue-eyed bush frog (Philautus leutolus) was recently discovered in 2011.

Cascading waterfalls cleanse the foliage with lucid water untouched by urbanization.Jog Falls, Kunchikal Falls, Sivasamudram Falls, and Unchalli Falls. The Jog Falls is the highest natural plunge waterfall in entire South Asia, listed among the 1001 natural wonders of the world.

Mountain ranges, steep terrains, Wildlife sanctuaries, dense evergreen and semi-evergreen vegetation, with shola-grassland and meadows at high elevation. You may also get to see the Goudlu tribe, the last surviving tribe with traces of pure Malnad culture.

Indian Eagle recommends a visit to the any of the 39 serial sites of the Western Ghats.  You can book your travel at the Lowest Airfares Guaranteed to one among the world’s ten “Hottest biodiversity hotspots” with many undiscovered species.