Kids from the Indian community in America are back with a bang. Nine Indian-origin kids, among 11 spellers, have made it to the 2021 Scripps National Spelling Bee finals scheduled on July 8. Winning this prestigious competition has been a hallmark of their Indian American spellers’ consistent success. They have been donning the champion’s hat in the spelling bee competitions for two decades. Notably, 17 out of the 21 champions of the Scripps National Bee contests held from 1999 to 2016 were from the Indian community in the US. Seven of the 8 co-champions of the competition held in 2019 were of Indian origin. 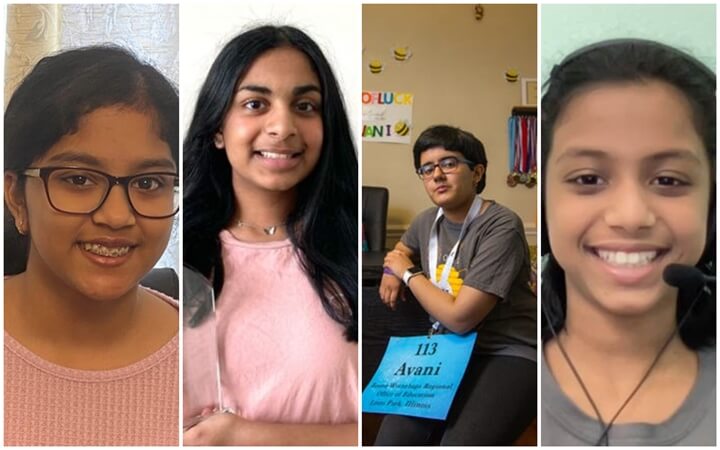 Selected through the three virtual rounds of the competition, including the semifinals on June 27, the eleven finalists will compete for the most coveted trophy. The nine Indian-origin spellers among them are:

Indian-origin kids’ record-breaking success in the Scripps National Spelling Bee has raised many eyebrows in surprise and doubt. It also invited two journalists from Business Insider Films to shoot a documentary decoding what makes them extraordinary spellers. Breaking the Bee, a critically acclaimed documentary on Indian American spellers, silenced all the questioning minds, dispelled the frowned foreheads and countered the raised fingers. It focused on the Indian-origin spelling bee champions’ family life, study habits, daily regime, cultural background, passion and zeal to discover the reasons for their winning performance, one of which being their bilingual proficiency. The feature-length documentary had a special screening at New York Indian Film Festival in 2018. 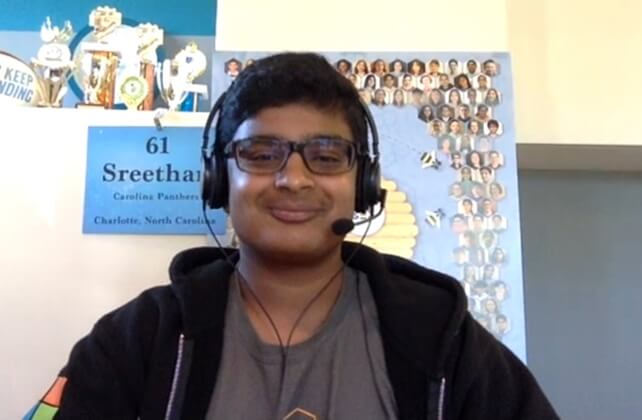 Sreethan Gajula, from North Carolina, is one of the Indian-origin finalists this year.

Elucidating on what makes the first-generation Indian American kids outshine others in spelling bee contests, 14-year-old Sreethan Gajula from Charlotte said that he went through the dictionary page by page, studied word stems and memorized linguistic rules while staying indoors during the pandemic. Visualizing every word by writing it out on his palm is one of the secrets to his being an accomplished speller. This ninth grader is an aspiring environmentalist.