The 15th annual New York Indian Film Festival which kicked off promisingly on May 4 ended up announcing the winners of the year 2015, yesterday. NYIFF is one of the prestigious New York City events. The 15th edition of this South Asian Film Fest in the United States screened 50 feature films, short films and documentaries of South Asian filmmakers and actors. 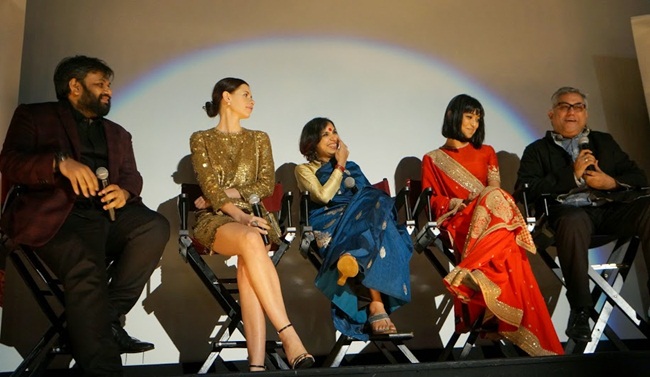 Filmmaker Aditya Vikram Sengupta bagged three awards for his directorial Labour of Love in the Best Film, Best Director and Best Screenplay categories at the 15th NYIFF. Labour of Love is a take on how marriage that unifies two souls into one entity has been reduced to a mere event under pressure of a spiraling recession.

Margarita with a Straw by Indian American filmmaker Shonali Bose fetched the Best Actress award to Kalki Koechlin, who played the protagonist, a victim of cerebral palsy with aspirations to live life beyond limits and pent-up sexual desires. Margarita with a Straw depicting the journey of a differently abled woman’s self-discovery was the opening movie at the New York Indian Film Festival 2015.

The New York Indian Film Festival is the most prestigious South Indian Film Fest in the USA, hosting premiers of feature films, short films and documentaries about and from in the Indian Subcontinent. It promotes Indian Cinema in the American media, connects with the Indian diaspora in New York and adds to the cultural diversity of the USA.