The civil aviation is considered one of the flourishing industries in India. The country with a population of 1.37 billion is now the third-largest aviation market in the world in terms of domestic traffic. The Indian subcontinent, which is well-connected to the other parts of the world, has over 450 airports and airstrips, of which 125 airports are managed by Airport Authority of India (AAI).  In a total of 30 international airports, let’s take a look at the topmost busiest International Airports in India. 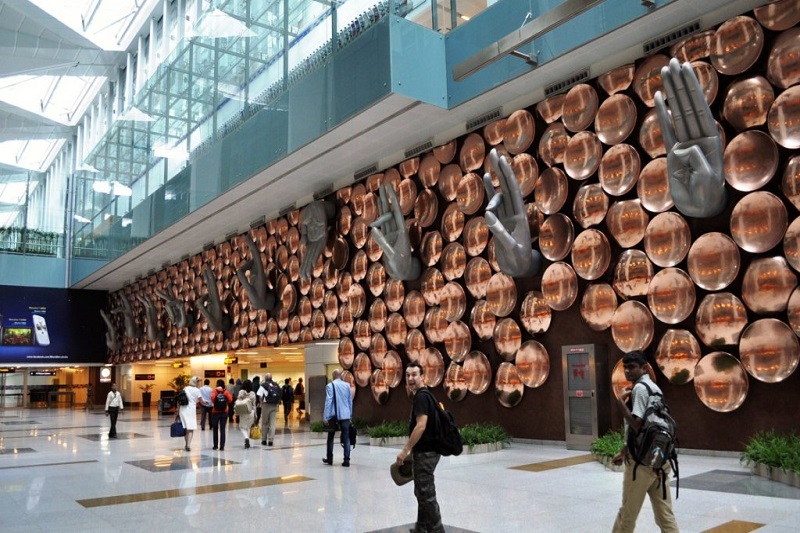 Indira Gandhi International Airport, serving the National Capital Region (NCR) of Delhi, is popular as Delhi airport or IGIA. It is the busiest airport in India and the 12th busiest in the world. The modern airport currently functions with three terminals and three runways, one of which is the longest in the country stretching up to 4430 meters. The Terminal-3 that operates international flights has been awarded the prestigious LEED NC Gold rating. Served by nearly 80 airlines, the airport handles annual passenger traffic of 70 million (as per statistics till FY 2019). 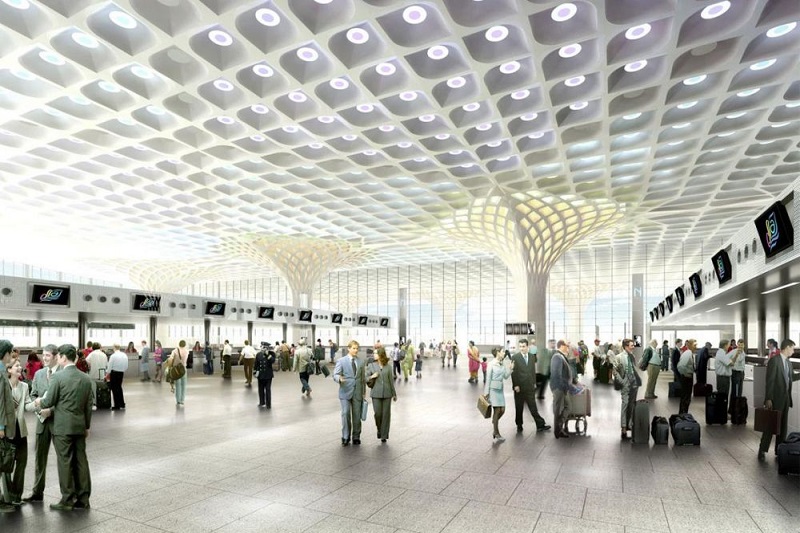 Formerly known as Sahar International Airport, it is renamed in honor of the Maratha warrior Chhatrapati Shivaji.  This airport in Mumbai, the financial capital of India, is the second busiest airport in India in terms of passenger and cargo traffic. The 14th busiest airport in Asia attends to a passenger crowd of 50 million every year and handles around 950 aircraft movements each day.  There are two intersecting runways and two terminals at the airport.

BOM was titled as the ‘World’s Best Airport’ alongside IGIA, by the Airport Service Quality (ASQ) Awards 2017. Besides other airport amenities, Jaya He, the art museum that exhibits more than 5,000 artifacts is the central attraction in this beautiful airport. 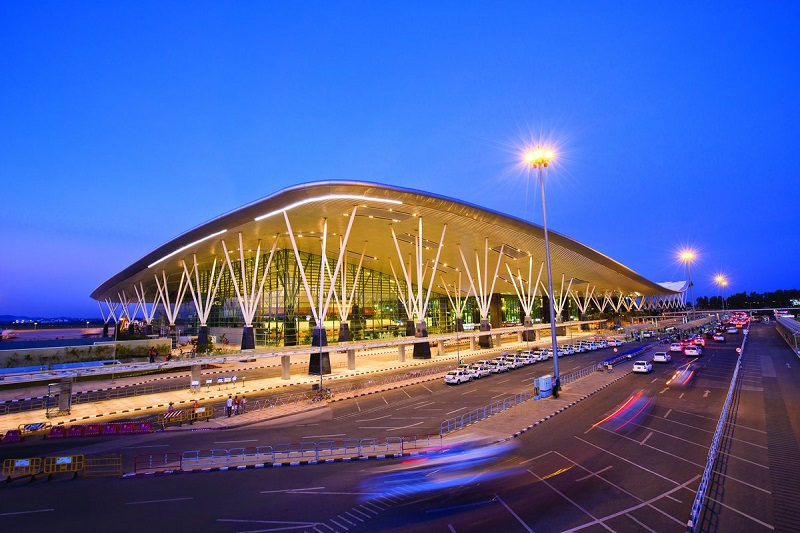 It is no wonder that the international airport serving the IT Capital of India is among the busiest airports in India. Furnished with only one terminal and two runways, the airport handles both domestic and international flights; a total of 600 aircraft movements per day and 25 million passengers annually. Spreading over in 4,000 acres, the architecture of this solar-powered airport is impressive and the green lawns and flower gardens aim to keep up the reputation of Bangalore as “The Garden City.” The underway second-phase expansion adds a new terminal to increase the aircraft and passenger handling capacity of the airport.

Also Read: Know How Early You Should Reach the Airport to Board a Flight 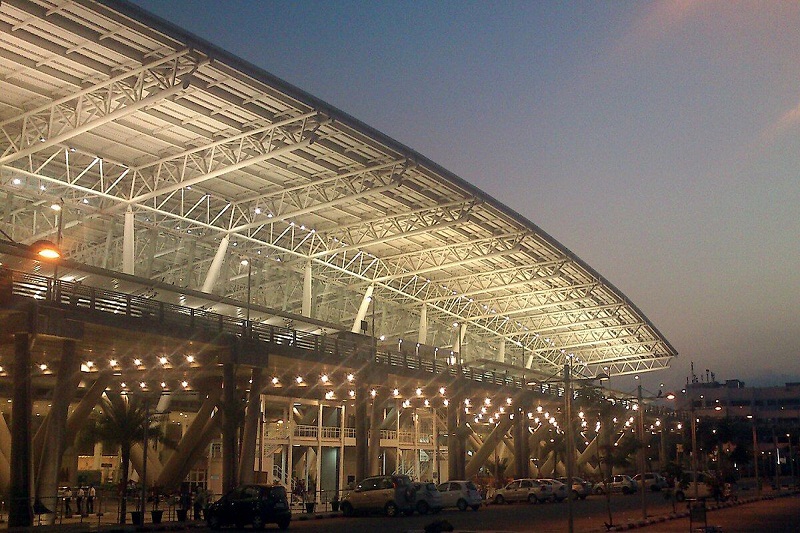 Chennai International Airport is the major gateway to India from the countries down South and Southeast Asia.  Debuted recently in 2013, it soon became the cargo hub for Blue Dart Aviation and is the third busiest airport in India with regard to cargo traffic. The airport has two terminals and two runways and manages around 570 aircraft movements each day. With passenger traffic of 22.5 million in the fiscal year 2018–19, it is the fourth busiest airport in India. The State government is planning to enhance the capacity of this airport to 30 million passengers by 2021.

The Dum Dum Airport of Kolkata renamed after Netaji Subhas Chandra Bose sees a lot of passengers who wish to arrive in East India not just from other cities of the country, but also from the South Eastern parts of Asia, mainly Bangladesh, Bhutan, and China. As per the statistics of 2019, the airport handled 21.8 million passengers and is ranked the fifth busiest airport in India. The outstanding expansion and modernization of this airport earned it a label of the ‘Best Improved Airport’ in the Asia-Pacific region from the ‘Airport Council International.’ 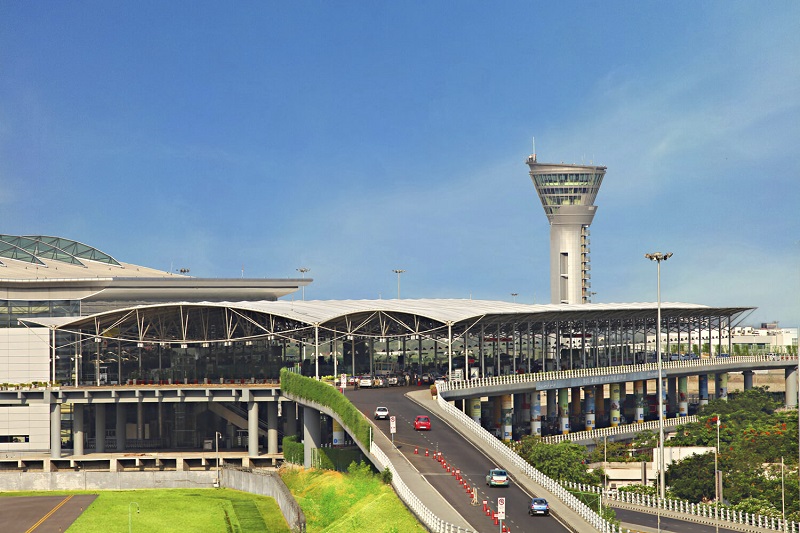 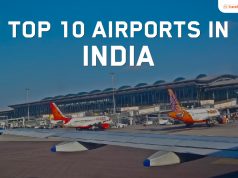 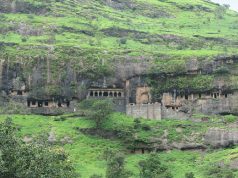 The Ashtavinayaka Tour in Maharashtra: A Special Pilgrimage 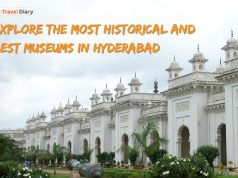 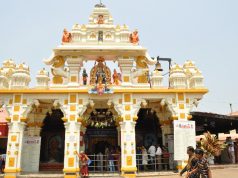 Flight Itinerary: What It is, Types, & Its Role in Visa...

Best Time to Book Flights to India from USA!