We at Indian Eagle deliberately filtered the events for San Francisco Bay Area Indians in October 2017 and selected ten best for our readers. The calendar of Bay Area Indian events 2017 packs in all sorts of programs – cultural, classical, comedy, Bhangra and Diwali mela – in October. There are three events particularly for Indian women in Bay Area. The events are dedicated to collection women power. Have a gala time in October! Happy Diwali! 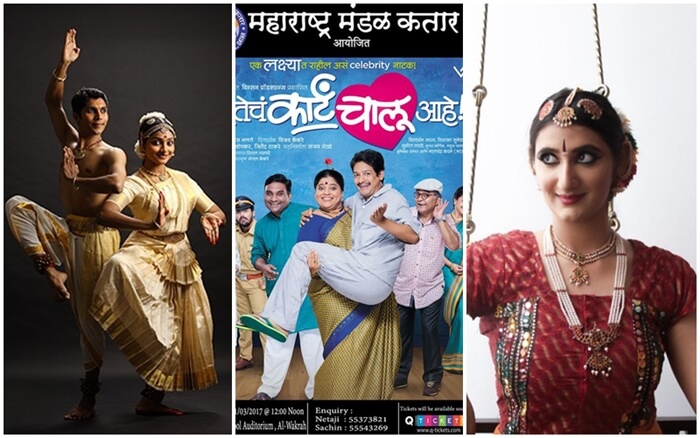 October will begin with classical refreshment for Santa Clara Indians in San Francisco Bay Area. The Shri Renjith and Smt. Vijna Bharatanatyam concert is on our list of best San Francisco Bay Area Indian Events in October 2017 because the Indian classical dancer duo is known for their impeccable performance and unmatched expertise. Renjith and Vijna’s energy level and perfect synergy keep the audience hooked to their performance till the end. To be held on October 1, this Santa Clara Indian event is worth attending.

The tempo of Santa Clara Indians will reach the next level with the Annual Vijaya Dashmi Dance Competition for Indians in Bay Area. An exclusive contest scheduled on October 1 for Indian women in Santa Clara, the Vijaya Dashmi 2017 Dance Competition will celebrate the power of women with regard to the dance heritage of India. Santa Clara Indian girls and women can participate in groups or take part as solo performers in the competition. Below is the link for other details of this program among the Indian events in San Francisco Bay Area in October 2017.

It feels dull without dandiya events in the month of festivities. Evidently, Cupertino Dandiya Nite is on our list of best events for San Francisco Bay Area Indians in October 2017. To be held on October 6, Cupertino Dandiya Nite will be aired on television as the program will be recorded by the music channel B4U. Get ready to match your steps with Dimple Patel and Parul Damini who will add to the glamor of the dandiya evening.

Raas Garba is a dominant theme of most of San Francisco Bay Area Indian events in October 2017. To be held on October 6 in Fremont, the 2-day Raas Garba celebration has already garnered attention from Gujrati Indians in Bay Area. Energy-packed performance of the famed Dhol Baaje Group and Sharvari Dixit Group from India is a special attraction of Raas Garba in Fremont, making it one of the top events for SF Bay Area Indians in October.    .

October is the month of women power in San Francisco Bay Area. Ambika Gopalan, the founder of Illumi Dance Festival, is all set to celebrate the power of women through performing art. A passionate exponent of Bharatanatyam, Ambika Gopalan gets female Bharatanatyam together to showcase their talent on the platform of Illumi Dance Festival in Palo Alto, California. Of the SF Bay Area Indian events in October 2017, the 3rd annual Illumi dance fest packs in lots of energy and excitement from several artistes including Ambika Gopalan.

Popular Indian singers – Praveen Chaddha, Preet Dhillon, Ritee Chaddha and Sameer Khera – will be seen performing at the Aahista Aahista music concert in Milpitas on October 7. This musical extravaganza will transport Bay Area Indians to a never-never land of soulful melodies like ghazals. Of all Indian events Indian events in SF Bay Area in October 2017, the Aahista Aahista concert will be an altogether different experience.

Karthik Kumar, a popular standup comedian, is coming to the Bay Area with his ‘laughter therapy’ for San Jose Indians on October 7. Karthik Kumar’s standup comedy show titled ‘Blood Chutney’ is sure to treat San Jose Indian Americans with healthy doses of laughter, the best medicine in the world. Having no strings attached to sentiments and nostalgia, Blood Chutney will dishes out pure fun and entertainment. Why not add it to your list of must-visit San Francisco Bay Area Indian events in October 2017?

Another laugh riot for SF Bay Area Indians in October 2017! After the rib-tickling show of Karthik Kumar’s Blood Chutney in San Jose, you can laugh your heart out at Marathi comedy play titled Shantecha Karta Chalu Aahe’ on October 8 in Santa Clara. The hilarious play has become a popular sensation in India for uproarious performances by renowned Marathi actors – Priyadarshan Jadhav, Vishaka Subhedar, Sunil Tawde and Mayura Palande. That’s why we at Indian Eagle added it to our list of 10 best Indian events in San Francisco Bay Area in October 2017.

Do celebrate this Diwali over nonstop, energetic beats of Bhangra in San Francisco. The Nonstop Bhangra Diwali Celebration, as the name suggests, will make revelers stand on their toes throughout the night. Bhangra music will be churning out from popular DJs like Jimmy Love, Rav-E, Mistry and GT. Don’t forget to binge on scrumptious dishes while enjoying Bhangra to your heart’s content.