There’s bound to be celebration whenever something new comes up in the travel world that makes travel that much easier. The Southwest Airlines companion pass is undoubtedly among the latest such ideas aimed to make travel a simpler process. What could be better than free air travel for you buddy for at least two years? One of the topmost travel benefits especially for frequent flyers, there can be no better deal than the Southwest Airlines companion pass!

The Southwest Airlines companion pass allows you to pick a travel companion to travel with you without incurring any airline charges for at least up to two years. Although fees and taxes aren’t exempt, this is a truly beneficial travel deal. Here’s a sneak-peek into how to use Southwest companion pass, how to qualify for it, and if you can change your travel companion.

What is the Southwest Airlines Companion Pass?

How to Earn the Southwest Airlines Companion Pass

There are two simple ways in which members of the Rapid Rewards programs can qualify for the Southwest Airlines companion pass. One, you’ll need to fly at least 100 one-way qualifying flights or two, you’ll need to earn about 110,000 qualifying points within a calendar year.

While it isn’t impossible to make hundred flight trips in a year, it cannot realistically be done in just a month. Thereby, the easiest way to earn the pass is by collecting the 110,000 qualifying points via Southwest Rapid Rewards credit cards and points awarded by Rapid Rewards partners.

A sign-up bonus of approximately 40,000 points is offered by Southwest Rapid Rewards Priority Credit Card, Plus Credit Card, and Premier Credit Card each. To earn these, sign up for the cards and spend at least $1,000 within the first three months of your account being activated. You can earn an additional 60,000 points by signing-up for the Southwest Rapid Rewards Premier Business Credit Card and spending at least $3,000 within three months of your account being activated.

If you still need to make a bit of effort to reach the 110,000 point mark, you can put in additional purchases on the card such as a gym membership, gift items, appliances, and other things that will work.

Once a pass holder books his ticket, he can add a travel companion either through the airline website or via phone.

Here are a few simple rules that apply to the Southwest companion pass travel:

For further details on the Southwest companion pass rules and regulations, check here.

How Does the Southwest Companion Pass Benefit Travelers?

The Southwest Airlines companion pass is probably ideal mostly for those who travel frequently within the USA and to neighboring countries. Till the companion pass is valid, you will always get two flight tickets while paying just for one.

Says a travel expert associated with Indian Eagle, an air ticketing company based in the USA, “A lot of people use our agency to book cheap flights with Southwest. The companion pass is a great initiative and especially beneficial to groups traveling together frequently. There are a lot of families that book Southwest flights with us. This pass will prove to be very useful to them. They can save and travel more. Other airlines should come up with such travel benefits as well. It’ll make the future of air travel that much brighter.”

The bottom line is that if you qualify, the Southwest Airlines companion pass is an incredibly lucrative initiative definitely worth striving for. It may take a bit of time and effort to get the pass but it is worth investing in. What better way than this to make travel memories with your loved ones? 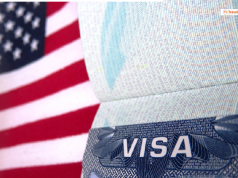