The Holi festival in India is one of the biggest celebrations in this diverse land. The streets turn colorful as people all across India come together to celebrate this Hindu festival. Holi brings family, friends and strangers together to laugh, dance and applaud the arrival of the spring harvest season.

The festival of colors originated as an agricultural festival to herald in the blooming season. Holi has its fair share of mythological significance and learning about them is quite intriguing. Not only will you understand why holi is celebrated but also the best places to watch the Holi festival in India

Holika Dahan: The Burning of Evil 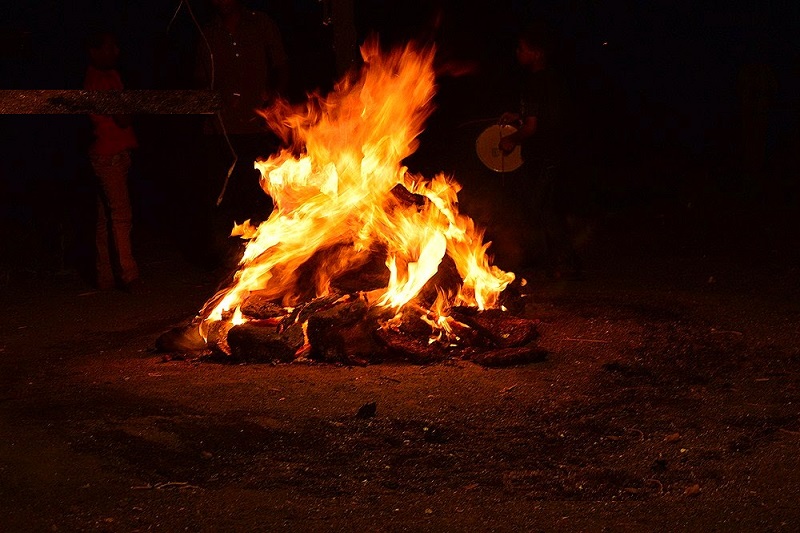 While the main story sticks to the ushering of the spring harvest season there is another famous significance of this Holi festival of colors. It is called Holi because of the legend of Holika from the Vaishnava theology. It tells the tale of the King of Demons Hiranyakashipu and his son Prahlad.

The King was unhappy with his son because Prahlad was a staunch follower of Lord Vishnu. Hiranyakashipu was gifted immortality from Lord Brahma but soon grew arrogant and demanded his people worship him instead. However, Prahlad remained faithful to Vishnu.

Hiranyakashipu tried again and again to destroy his son’s belief but miserably failed. He then ordered his sister Holika to sit on a burning pyre with Prahlad. Holika was immune to fire and the King used this to get rid of his son permanently. The son respected his father’s wishes and chanted Vishnu’s name as he walked into the fire with his aunt.

Lord Vishnu moved by Prahlad’s devotion saved him and let Holika burn to death. The burning of Holika was seen as the triumph of good over evil. The people rejoiced and applied the ash from the pyre on their faces to signify the end of evil.

A day before the Holi festival, people gather at night to burn large bonfires to signify that good is always victorious. They gather around the flames and pray to vanquish all the evil around and then the next day is the joyous colorful celebrations.

How is the Holi Festival celebrated in India?

The festival of colors is a day of frivolous fun as people run around smearing colored powder on each other’s faces. They dance and play with colored water till the sun goes down. Tradition also called for Bhang, a paste made from the cannabis plant is consumed in celebration.

Huge parties with rain dance, colored powder and loud music are organized all over the country. Large bonfires to signify Holika’s burning are also part of the celebration. Prayers and religious rituals are held in hopes to burn all the evil around. The next day people come to the streets for the colored fun.

Families get together after to share delicacies like Gujiya (a sweet dumpling with dry fruits), Thandai (a spiced milk drink) and Kachoris (a puffed pastry with lentils and spices).

When is the Holi Festival in India?

The festival of colors is celebrated over two days across India and even in Nepal. Some Indians celebrate this festival for over two weeks. It begins on the day of the full moon in the Phalguna month which is the 12th month in the Hindu calendar. This is during the period of late February and mid-March.

The festival of Holi 2020 falls on the 10th of March this year which means you have time to book cheap flight tickets to India.

Where is the best place to celebrate the Holi festival in India?

Holi is celebrated all across the country but the north sees a lot more excitement while the southern celebrations are a bit subdued. Places to consider celebrating Holi are Mathura, Udaipur, Jaipur and Hampi. However, those looking for more modern fun can celebrate Holi in Goa, Mumbai or Delhi. 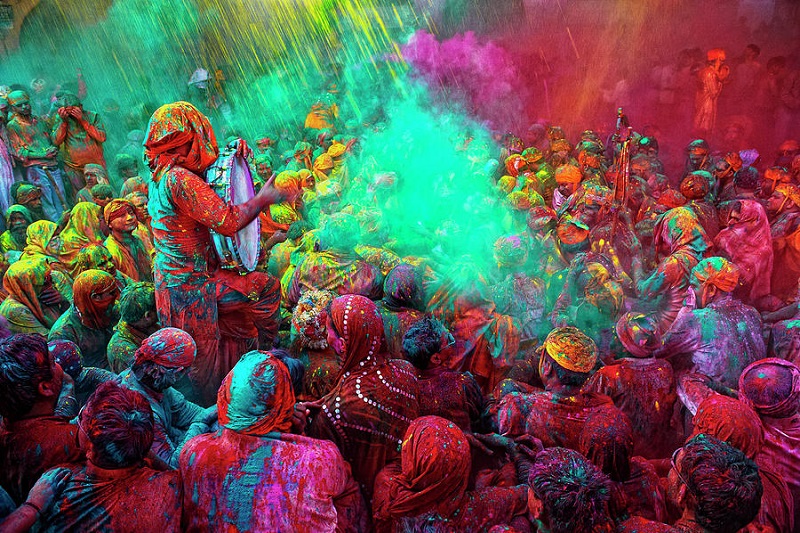 Mathura, a sacred city in Uttar Pradesh is the best place to celebrate Holi as it is the birthplace of Krishna. This calls for grand celebrations across this holy land. The people spend 40 days with immense splendor. Lath Mar Holi is one of the most exciting parts of Holi as women from Barsana beat men coming in from Nandgaon.

This is a tradition based off a story of Lord Krishna who would go to Barsana to smear color on his love Radha. However, it turned into the villagers chasing Krishna down with lathis (sticks). This tradition has stuck around and Mathura is one of the few places to experience it. Be a part of India’s culture and book cheap flights  to Delhi. Mathura is a 113 mile ride from the country’s capital.

Udaipur: The Royal Side of Holi

If you are looking to see the best of Holika Dahan, Udaipur is the place to be. This Holi is celebrated at the Royal City Place of Mewar. The Maharaja opens his palace gates once a year for a grand celebration of good over evil. It is truly an unforgettable experience with decorated horses and the royal band playing irresistible dance beats.

People rejoice to the drums and take on traditional folk dances and songs followed by a lavish dinner and ended with sparkling fireworks.

If you are looking for a more modern celebration of Holi, Mumbai is ideal. The city of dreams lights up during the Holi season as locals and tourists seek a fun experience. From Bollywood music parties to EDM dance shows, Mumbai has it all. The Sunrise and Sunset Party held at Kalamb Beach is a personal favorite as it encourages only eco-friendly colors. Aren’t you excited to be part of India’s most dramatic festival? Then book cheap flights to Mumbai to be a part of the festivities.

Now that you know all about the Holi Festival in India, booking tickets is all that’s left. Holi 2020 is just around the corner and Indian Eagle is just a click away with curated lists of airlines based on your requirements. 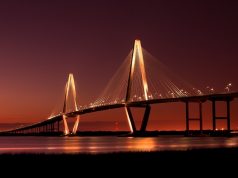