The incredible land of India, one of the oldest civilizations in the world, is home to numerous exquisite temples. These places of worship act as an important gateway to understanding the profound historical, cultural, architectural, and spiritual aspects of this diverse country.  Devotees from all across the world long to experience the divinity at these places because of which India is becoming the primary hotspot for religious tourism. In addition to the religious tourists, a lot of history and architecture enthusiasts are being drawn to these famous temples in India. Get your flights to India booked with Indian Eagle and experience the ineffable mysticism pervading the air at these holy places. 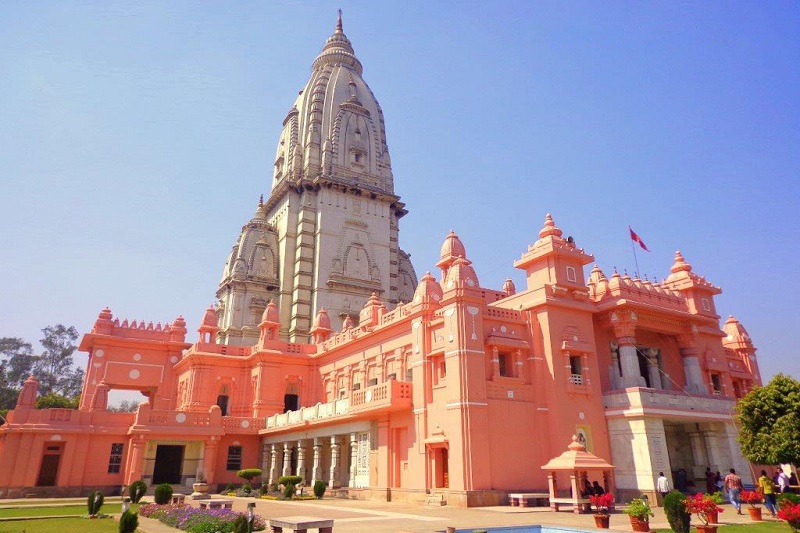 Situated on the western bank of the river Ganga, Kashi Vishwanath Temple is one of the holiest temples in India. One of the 12 jyotirlingas (representation of Lord Shiva) can be found here. The stunning feature of this temple is its three gold-covered domes and a 15.5-meter-high golden spire. Many Hindus believe that paying obeisance to Shivalinga at this temple after taking a dip in the sacred Ganga river helps one to attain moksha (salvation). This ancient temple is also mentioned in Hindi scriptures and religious texts like Skanda Purana.

Also, Read:5 Famous Rama Temples in India that you need to Visit for a Pilgrimage 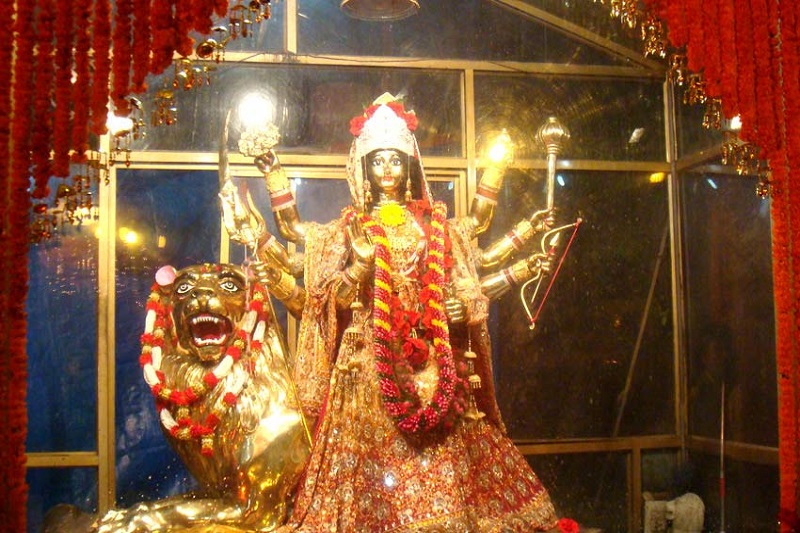 Maa Vaishno Devi Temple nestled in a mountain called Trikuta at an altitude of 5200 ft is a popular pilgrim site, where Goddess Vaishnavi is worshipped in the form of Pindies (rock formations). This cave temple in India is one of the 108 Shakti Peethas, and the three pindies represent Maha Saraswati, Maha Lakshmi, and Maha Kali. Devotees prefer walking a 12 km path to reach this temple, which is surrounded by dense forests with the grand Himalayas in the backdrop. Horseback rides and helicopters are also available to take pilgrims to the temple. 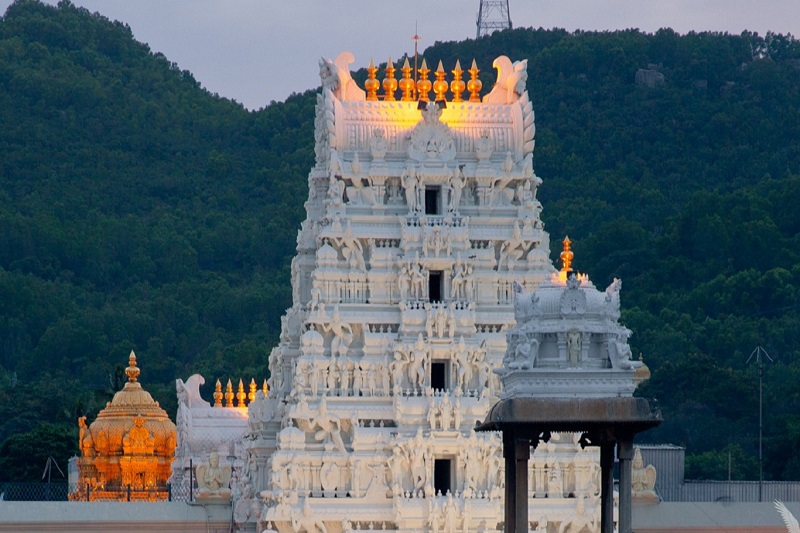 One of the most famous temples in India is the Tirupathi Balaji (Sri Venkateshwara Swamy) Temple, located in Andhra Pradesh. As much as 40 million people visit this temple every year to revere Lord Venkateshwara, an incarnation of Lord Vishnu. This temple perched on the seventh peak of the Thirumala Hills is also referred to as the ”Temple of Seven Hills.” The Dravidian-style architecture of the temple looks impressive against the green background of trees. Tonsure is a ritual embraced by many devotees. Tirupati laddu, the prasadam offered at this temple, is distinctive and also bears the Geographical indication tag. 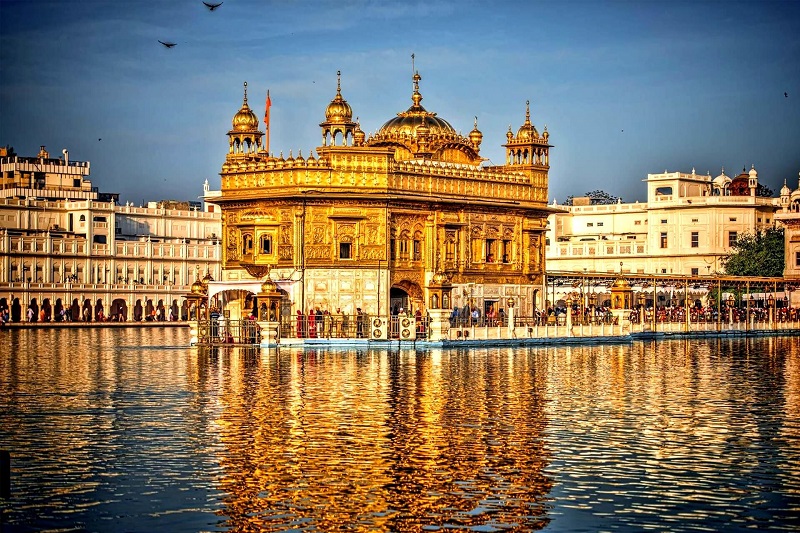 Golden Temple, originally called Sri Harmandir Sahib or Darbar Sahib, is the most sacred shrine in Sikhism. The gilded facade and domes of the temple made it popularly known as ‘The Golden Temple.’ Constructed in the heart of a man-made lake called Amrit Sarovar, the idea of this famous temple in India is to propagate brotherhood and equality. The holy scripture of Sikhs, Guru Granth Sahib, was first placed in this temple. Food cooked in Langar, a communal kitchen in the temple complex, is served to the thousands of visitors daily. 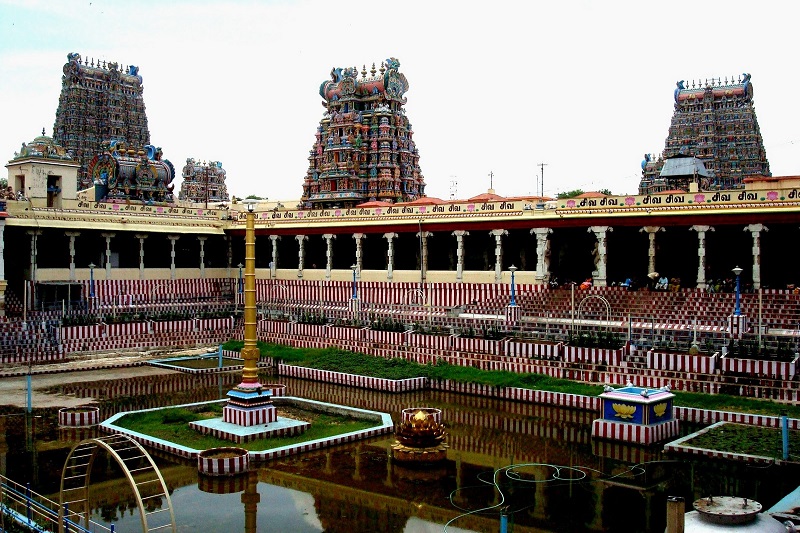 The first thing about this temple in India that absolutely dumbfounds you is its architectural brilliance! Situated on the southern bank of the Vaigai River in Madurai, this temple of immense mythological and historical significance is brightly colored and intricately carved. Dedicated to Goddess Parvati in the form of Meenakshi and Lord Shiva in the form of Sundareswarar, the temple complex has 14 gopurams (gateway towers), 33,000 sculptures, an auspicious Golden Lotus tank, and many wide halls of which one hall features 985 finely carved pillars.