Although Tripura is the third smallest state in India, its significance exceeds its boundaries with a history dating back millennia. Many Vedic historic texts mention Tripura and its stunning landscape. As it is mostly tribal region, the natural beauty of Tripura still remains pristine and fresh with a serene atmosphere, lush green vegetation and breathtaking scenery. Tripura’s tourism has been growing bigger and bigger in the past few years. Because of the growing demand in its tourism, we handpicked the best tourist places in Tripura for everyone to visit on their first visit.

No better place to learn about Tripura than an archaeological site where many statues, structures, and antiquities dating back 1200 years were found. The symbols on the sandstone sculptures discovered in Pilak suggest a heterodox culture fused with both Hinduism and Buddhism was present during 9-13 centuries. If you’re interested in learning about the medieval history of India, you can’t miss the historic ruins at Pilak, Tripura. 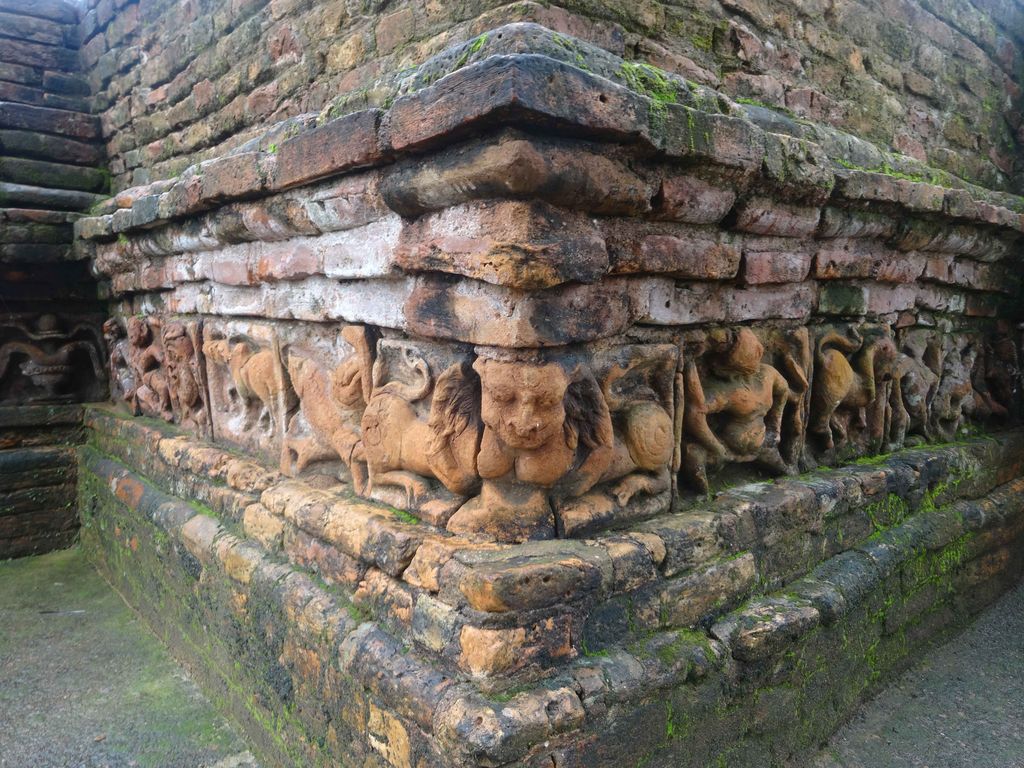 Speaking of the most historical places in Tripura, Tripura Government Museum preserves and exhibits the archeological findings from the nearby regions including the sculpture collection found in Pilak and Udaipur. Furthermore, the Ujjayanta Palace that is now converted into a public museum is itself a historical site. The huge collection of archaeological antiquities, sculptures, paintings, and a wide range of tribal artifacts are on display at the museum including stone sculptures, terracotta plaques, gold coins, stone, copper and bronze inscriptions, oil paintings, textiles, and even ornaments. 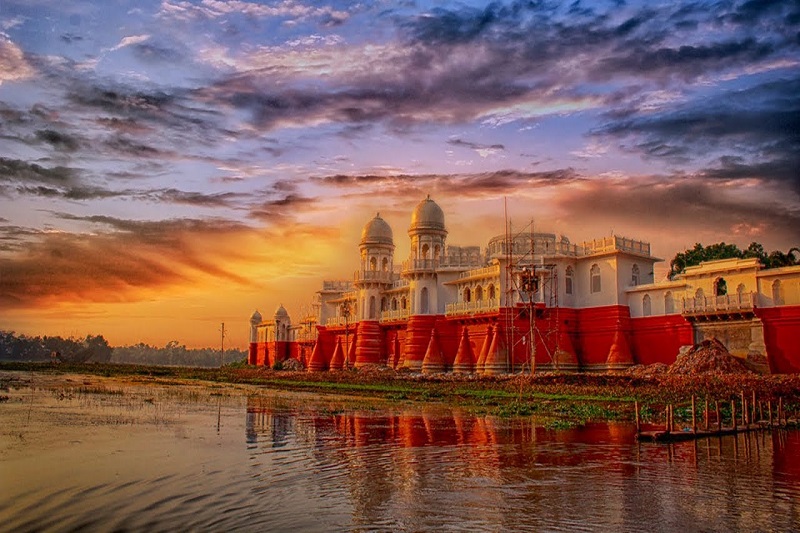 Neermahal, which translates to the Water Palace, is the larger of the two water palaces in India. The palace was built in 1930 by a British company as a summer residence for Maharaja of Tripura who envisioned a majestic water palace floating in the middle of gorgeous Rudrasagar Lake. Located in Melaghar, 53 km away from Agartala, the lake palace exemplifies His Majesty’s fascinating taste in its architecture blending Medieval Hindu and Rajput styles. 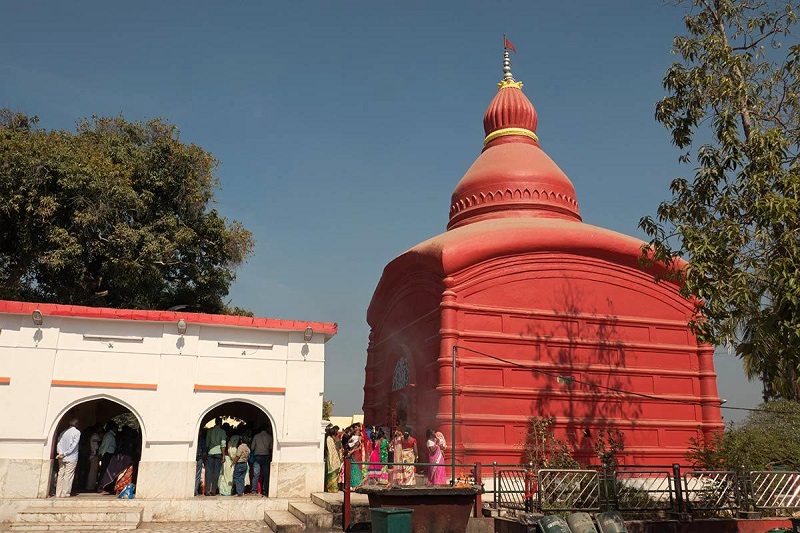 Priests at Tripura Sundari Temple suggest that the state’s name comes from the Hindu Goddess of Beauty, Tripura Sundari, who is the primary goddess of the state. One of the 51 Shakti Peethas where, according to the legend, the right leg of Sati fell when Vishnu cut her into 51 pieces. This historic temple was built by a Tripura king of the Manikya Dynasty over 500 years ago. It is one of the most historic and best tourist spots in Tripura. 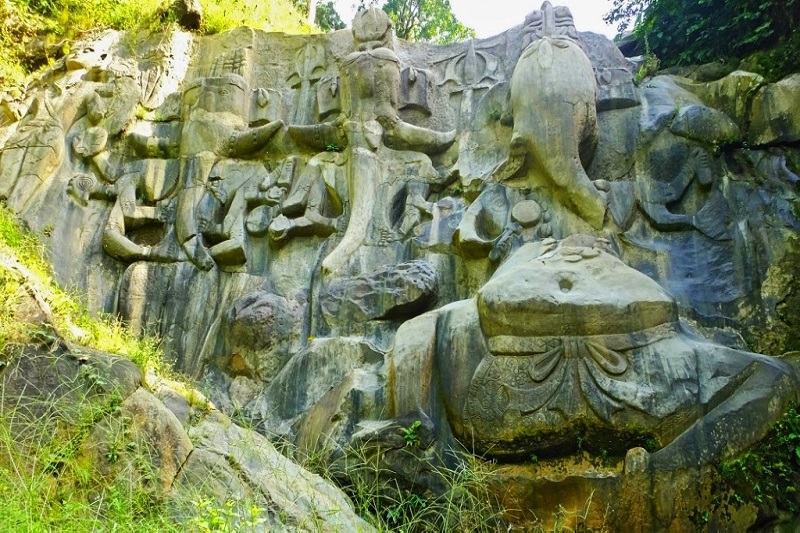 One of the most important and historic tourist places in Tripura is an ancient place of worship with Lord Shiva carved into the Unakoti Hill. Its history predates to the pre-medieval period of India and is not now a popular Shaivite pilgrimage. Tripura is known as the land of three cities that Lord shiva destroyed as Tripurantaka in the Shaivite legends.

Sepahijala Wildlife Sanctuary is an 18.5-sq-km woodland, located about 25 km south of Agartala, comprising of an artificial lake, botanical gardens, and zoo parks. The sanctuary is well-known for its vulnerable and endangered clouded leopard enclosure, Clouded Leopard National Park. It is one of the few places in India to see endemic clouded leopards living it their natural habitat. The sanctuary is home to a wide range of species of birds, endemic primates, big wild cats, reptiles, snakes, etc. If you’re a wildlife lover or a photographer, then you might want to check out Trishna Wildlife Sanctuary and Gumti Wildlife sanctuary as well. 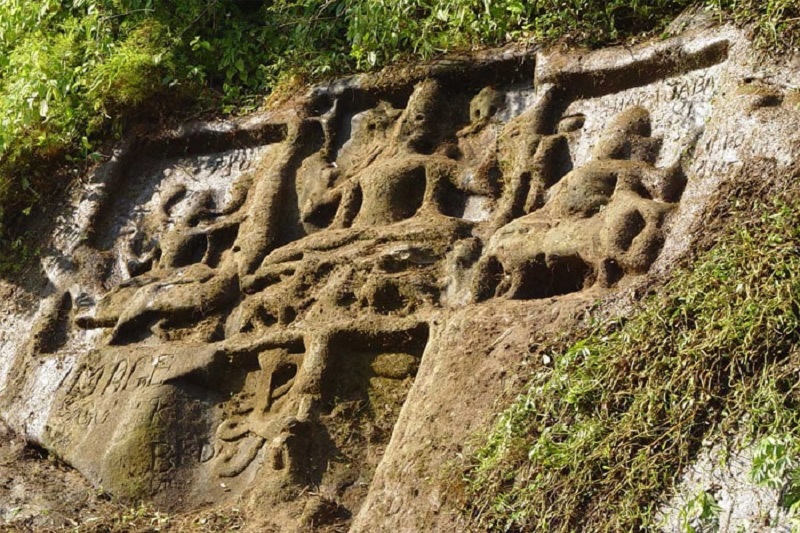 Chabimura, one of the most mysterious places in India, is a steep rock wall on the riverbank of Gomti. The rock carvings of Chambimura featuring many Indian gods and goddesses like Shiva, Vishnu, Maa Durga, etc., date back 500 years. The biggest rock carving at Devtamura belongs to Maa Durga. It is also an archeological site but who made the carvings is not known.

Tripura is a hilly state in northeast India. These are the best places to explore on a visit to Tripura. Book cheap flights with Indian Eagle and enjoy these beautiful attractions.